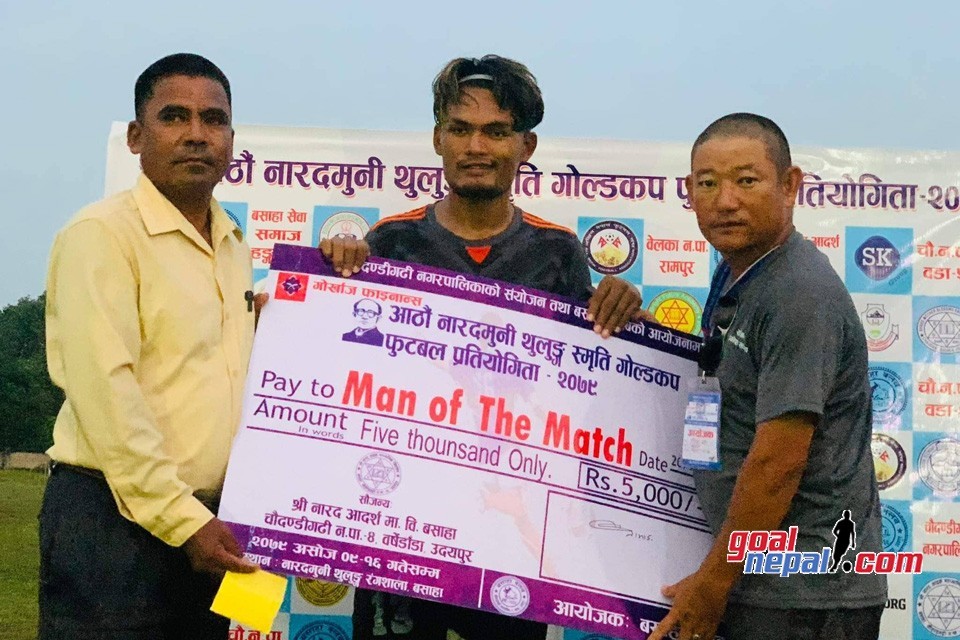 Before that, both teams played a 1-1 draw in the regular time match at Naradamuni ground. Abhishek Limbu was declared the man of the match. He received Rs. 5,000 cash and a trophy as an award. The organizers informed that the second semi-final match between Avenir FC, Cameroon and Bhojpur on Friday, Ashoj 14, will be held as part of the competition.

The winners of the competition organized by Basaha Club, Udaypur will receive a cash prize of four lakhs, while the runners-up will receive a trophy, medal and certificate along with two lakhs. The final will be held on Ashoj 16. 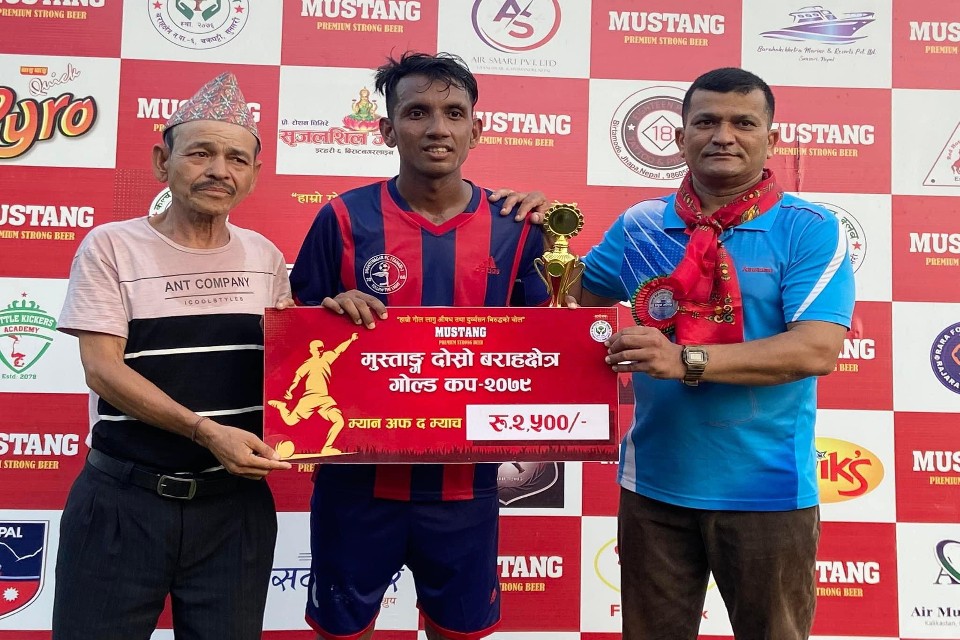