This is the first time I am writing in almost a year. You guessed it right, COVID-19 pushed me into hibernation for an indefinite period of time. I am more than pleased writing again.

Indeed the deadly virus has wreaked havoc on our lives in a manner we never ever imagined. No one saw this coming, so colossal and so devastating. As a consequence, normal life has completely turned upside down and adversely
impacted every facet of our lives.

Despite severity of the pandemic, we are witnessing competitive sports slowly creeping back across the globe. Nepal is no exception. Lately there has been a spurt of football activities in all levels of the game in the country.

Today, I am not writing as an analyst or critique. Instead I am writing to remember Mr. Lok Bahadur Shahi who sadly passed away at the age of 65. Losing someone you know inside out is very agonizing, heart-wrenching and devastating.
I feel exactly the same way.

If you are familiar with the history and landscape of Nepal sports, Late Shahi needs no introduction. Those who do not know him, he was an outstanding footballer, avid sports lover and crusader of sports development all his life.

On the field he was in the role of custodian, the most underrated position in football. He performed with sheer intelligence, brilliance and consistency. No wonder, he is considered one of the finest goalkeepers ever in Nepal football.
He rose to stardom playing for Mahindra Police Club and in no time cemented his place in the national team. He also had a brief stint with Friends Club. There was no looking back for the talented footballer from Chaurata, Dailekh. He strode
along triumphantly till he hung up his boots.

As a sports reporter then, I had the opportunity and privilege to know and associate with him on and off the pitch. I enjoyed every minute of my time with him.

Speaking of his persona, he was a true gentleman, always approachable, tactful, insightful, friendly, committed, open to criticism and very ambitious. His passionate involvement in sports was incredible. He strongly believed that the private sector had a pivotal role in the all-round development of sports.

After he ended his professional career in 1989, unsurprisingly, he ventured into numerous private sector projects related to sports. He put in lots of time and effort to accomplish things he envisioned despite financial constraint.

He got off to a great start by joining hands with Royal Nepal Airlines Football team, one of the powerhouses of Nepal football then. He took up the dual role of manager and coach from 1980 to 1993.

Mr. Shahi possessed managerial and administrative skills and always seized opportunities that came by to prove himself. In no time he proved what he is capable of by organizing TAAN Cup and Wai-Wai International football tournaments in Kathmandu from 1992 to 1993 to commemorate World Tourism Day. Furthermore, he formed Nepal Sports Development Association. Apart from development activities, he setup a team comprising top notch players of the time. He arranged the team’s participation in top notch tournaments in India, Bhutan and Nepal from 1994 to 1995.

I vividly remember travelling with the team to New Delhi that played in the prestigious Durand Cup. He also held the position of General-Secretary of All Nepal Football Association from 1995 to 2002. During his tenure, he gained visibility and maximized his conference experience from attending FIFA Congress and AFC Congress on numerous occasions.

Likewise, he also served as match commissioner in different tournaments in Asia from 1997 to 2002. And that is not all. He held president position in different associations (National Sports Association Nepal, Nepal Ice Hockey Association and Sports for All) and organization (Forum for Drug Free Society) of increasing responsibility.

In fact, he founded Nepal Ice Hockey Association. Besides, he was General Secretary of Nepal Boxing Association from 2003 to 2011.

His tireless involvement and contribution to sports earned him applause and recognition. The year 1987 was an unforgettable year for him. US President Ronald Regan bestowed recognition award on him. In 2043 BS he was declared
Sportsman of the year by the National Sports Council.

He was recipient of the ‘Gaddi Aarohan ko Rajat Mahatsav Padak’ in 2053 BS. All Nepal Football Association honored him with Sharad Chandra Shah football award as well.

Late Shahi had his share of setbacks, disappointment and controversies, however, he always showed determination, will-power and positivity to overcome regrets and obstacles and move forward.

He leaves behind his wife, two daughters and a son who should be proud of his legacy and accomplishments. He may have left for the heavenly abode but he will always be remembered for his utmost dedication and commitment, coupled with contribution to sports, especially football.

You will be missed forever. 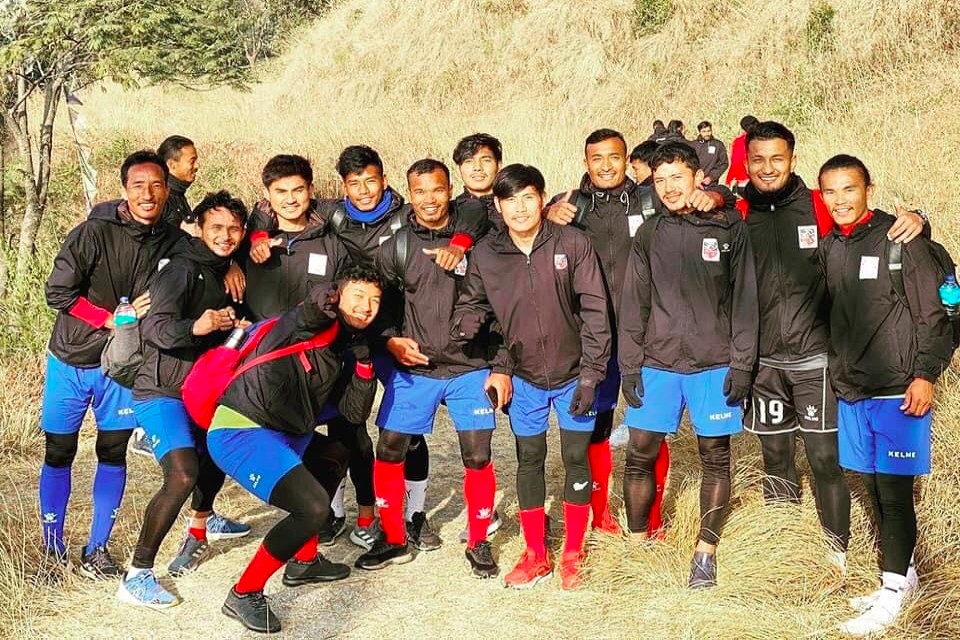