Far-Western Capital Cup 2078 on Thursday saw the end of the semifinals of both the men's and women's tournament.

Tulasi Yogi scored one for Dang in the 66th minute to take the score to 3-2.

Tulsa Bohora of Manakamana was the player of the match and received Rs. 3000 in cash.

Roshan Magar scored one consolation goal for Sudurpaschim in the 40th minute. 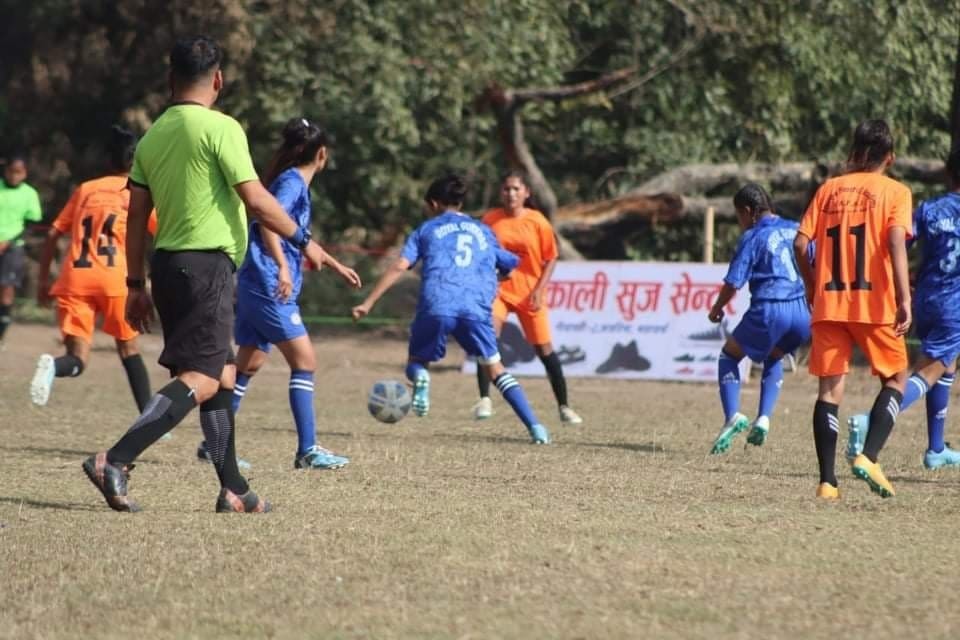