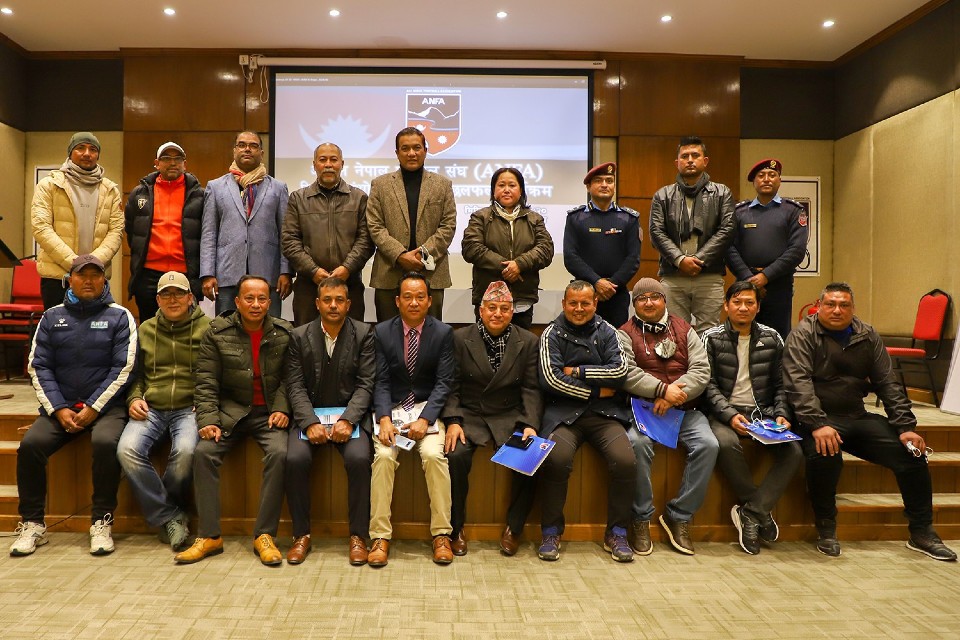 All Nepal Football Association (ANFA) held a meeting with the offficials from A Division clubs on Monday regarding statutes amendment.

ANFA's spokesperson, Kiran Rai - who is also the coordinator of statute draft committee - chaired the meeting.

The representatives from the clubs shared their views about the amendment in the meeting.