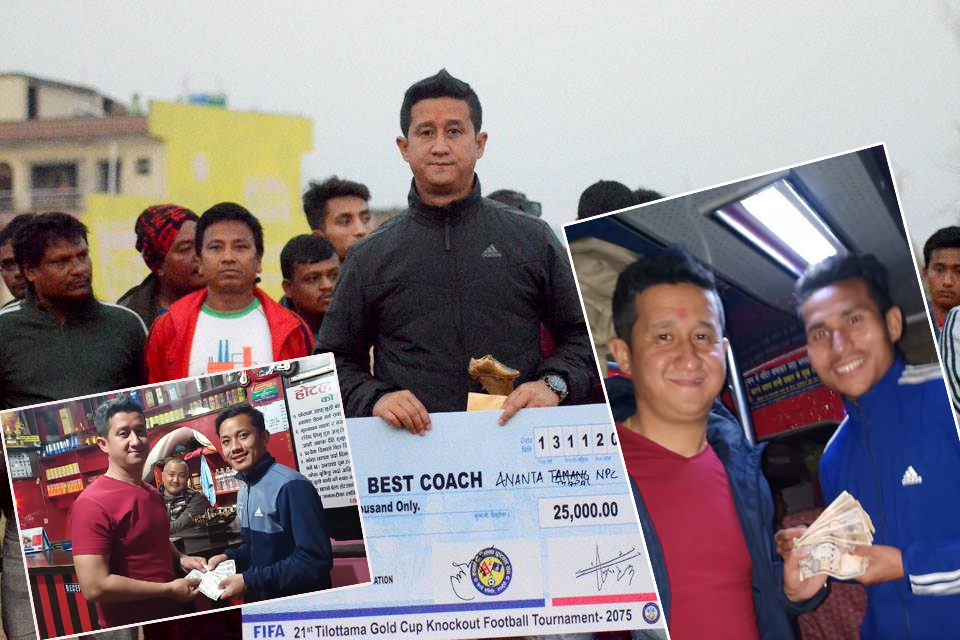 Nepal Police Club Ananta Thapa, who was awarded with the best coach award of 21st Tilottama Gold Cup, has shared his money with his two players.

He has given Rs.5000 each to Tej Tamang and Man Bahadur Pariyar.

Coach Thapa has posted on his facebook stating that the two players had displayed outstanding performance and they also deserve the prize.

NPC lost to Dauphins Team on sudden death in the final to finish as runners-up of 21st Tilottama Gold Cup.