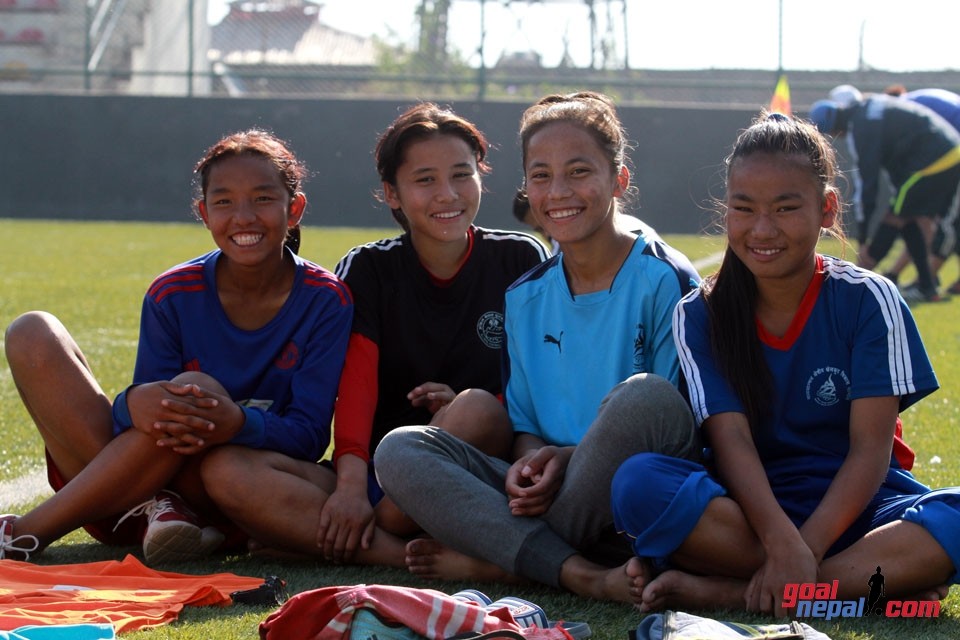 All Nepal Football Association (ANFA) announced a 20-member final squad of Nepal national girls U15 team on Monday for the upcoming SAFF U15 girls championship to be held in Dhaka, Bangladesh from December 17-24, 2017.

India, Bangladesh, Nepal and Bhutan are participating in the event.

India will meet Bhutan while Bangladesh will play against Nepal in the opening day.

On December 19, Bhutan will play against Bangladesh and Nepal meets India.

On December 21, India plays against Bangladesh and Nepal meets Bhutan.

Final top two teams from the group will play in the final on December 24.