News Bangladesh Skipper Sabina: We Can Win The Tournament Bangladesh national women’s team skipper Sabina Khatun claims that Bangladesh can win the SAFF Women’s Championship for the first time this year. Speaking at the post-match press conference following their 6-0 win over Pakistan, Sabina said that Bangladesh are well-equipped to win the tournament this time. Bangladesh have made it into the semifinals after their win.

Sabina, who has played every single edition of the tournament so far, said their target was to reach the semifinals. “Our target was the semis and we reached there,” said Khatun, who netted her 27th international goal. “We can reach the final this time with how we’re playing and hopefully win the tournament.”

Head coach Golam Choton praised his team after reaching the semifinals for their intensity in the match. He also said that their approach in their next match against India will be based on India’s result against the Maldives later today.

“The target is to first recover after two challenging games. We will review India’s match and results and make a game plan after that”, said Choton.

India and Maldives are set to face each other later today at 5:30 PM. Bangladesh will meet India in their next match on September 13. 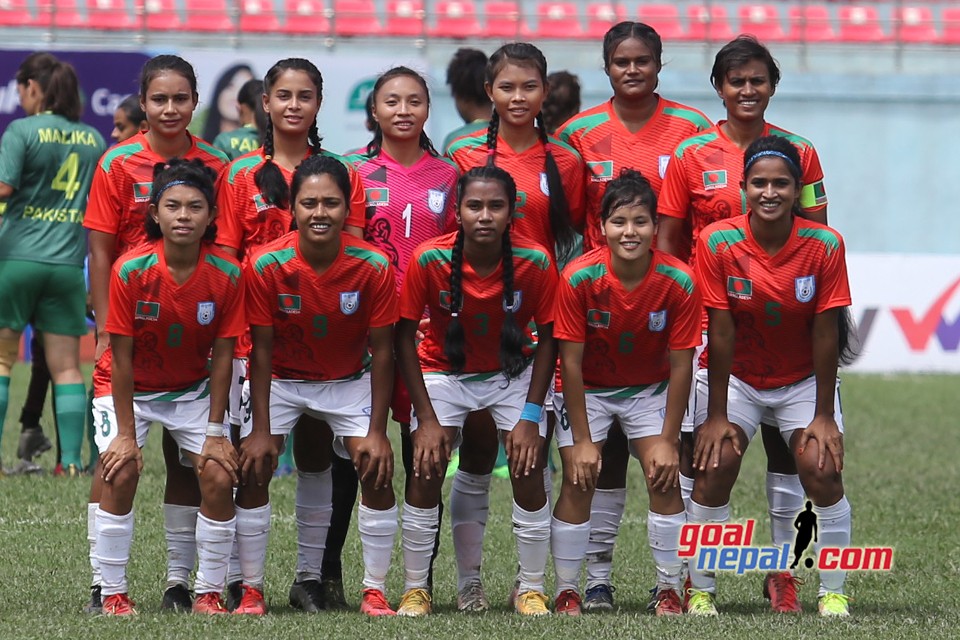 Previous SAFF Women's Championship: Bangladesh Into The Final Four
Next India Three Goals Up Against Maldives At The Break