Bangladesh have qualified for the semifinals of the SAFF Women's Championship in Kathmandu. Bangladesh defeated Pakistan 6-0 in their second group match to be the first team to qualify for the tournament's semifinals with a hat-trick from skipper Sabina Khatun.

In the match played at the Dasharath Stadium in Kathmandu, Bangladesh put on the pressure from the start.

Bangladesh took the lead in just the third minute. A rebound from an intended pass fell to Monika Chakma at the edge of the box, who then struck it first time into the back of the net.

Bangladesh then added another three in quick succession. Mosammat Jahan gave them a 2-0 lead in the 28th minute from a Sabina Khatun pass. It was Sabina Khatun's turn to pile on the misery for Pakistan. The Bangladesh skipper continued her fine form as they added two goals of her own in the 31st and 35th minutes of the match. The first half ended 4-0 in favor of Bangladesh.

Bangladesh picked up where they left in the first half to add the fifth goal in the 58th minute.  Sabina Khatun completed her hat-trick with a lacing header from the six-yard line. Substitute Ritu Chakma added the sixth goal with a fierce hit from almost 25 yards out.

Bangladesh now have six points from two matches in Group A. India have three points and face the Maldives later today. Pakistan and Maldives are on zero points. 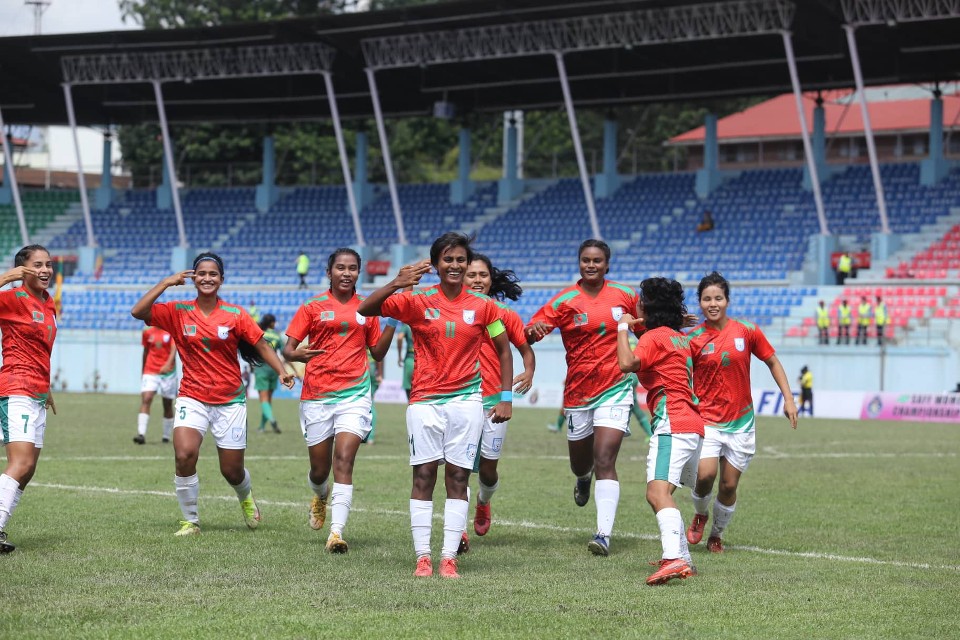 Previous Bangladesh Put Four Past Pakistan In The First Half
Next Bangladesh Skipper Sabina: We Can Win The Tournament