News NRT Into The Final Of Jitpur Simara Gold Cup Stephane Binong opened the scoring for NRT in the 31st minute of the match. The hosts leveled the score in the 65th minute through Ayush Ghalan's goal. Messouke scored in the 85th minute to give NRT a 2-1 lead. Stephane Binong scored his second individual goal in the 87th minute to extend NRT's lead and took the scoreline to 3-1.

After that, Alan Thapa pulled one back for the hosts in the stoppage time of the game but they lost 3-2.

Stephane Binong was named the player of the match and received Rs. 5,000.

APF Football Club and Bagmati Youth Club, Sarlahi will take on each other in the second semifinal today. 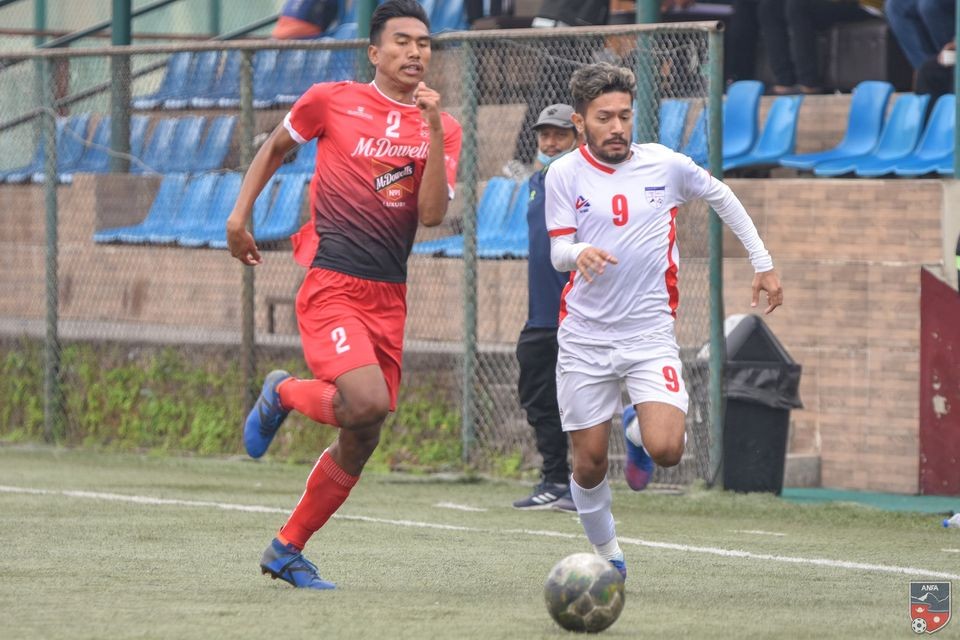