News NRT Into The Semis Of Jitpur Simara Gold Cup New Road Team (NRT) have qualified to the semifinals in the ongoing Jitpur Simara Gold Cup 2078.

In the match played on Saturday, NRT defeated Bijaya Youth 3-1 make it to the final four.

Bimal Rana gave Bijaya Youth the lead in the 18th minute of the match off an Amir Shrestha ball-in. But just five minutes later, Messouke Oloumou equalized for NRT off a Bishal Tamang cross.

NRT had fielded Hetauda's Ranjan Hamal against his hometown club. NRT had to see a lot of chances go begging due to lack of clinical finishing. Bijaya Youth GK Ashok Baral also had a few good saves to his name due to which the match was sent to extra time.

Messouke was named the player of the match and received Rs. 5,000 in cash.

Himalayan Sherpa Club and APF FC will face each other on Sunday. 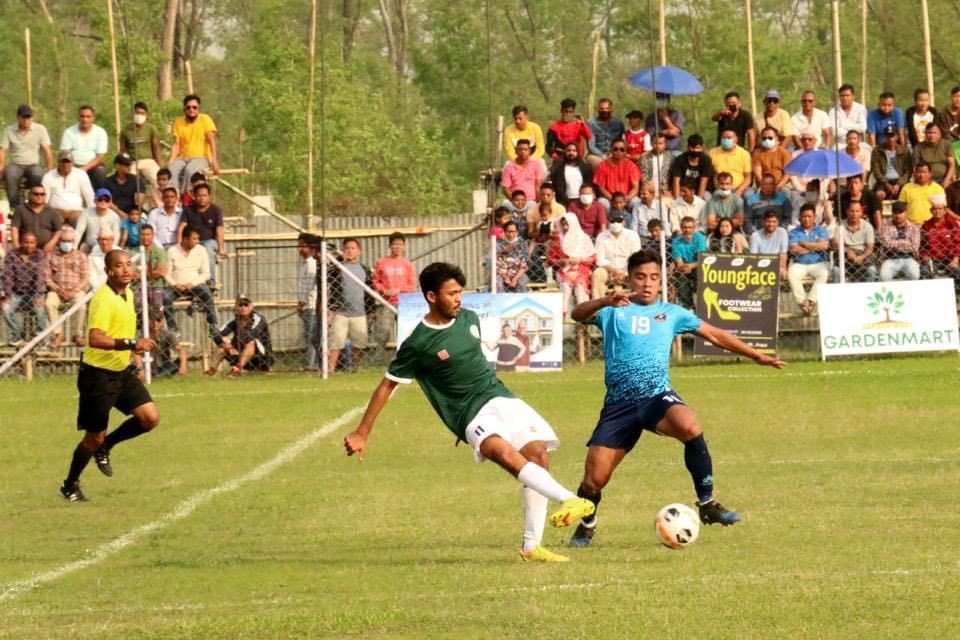 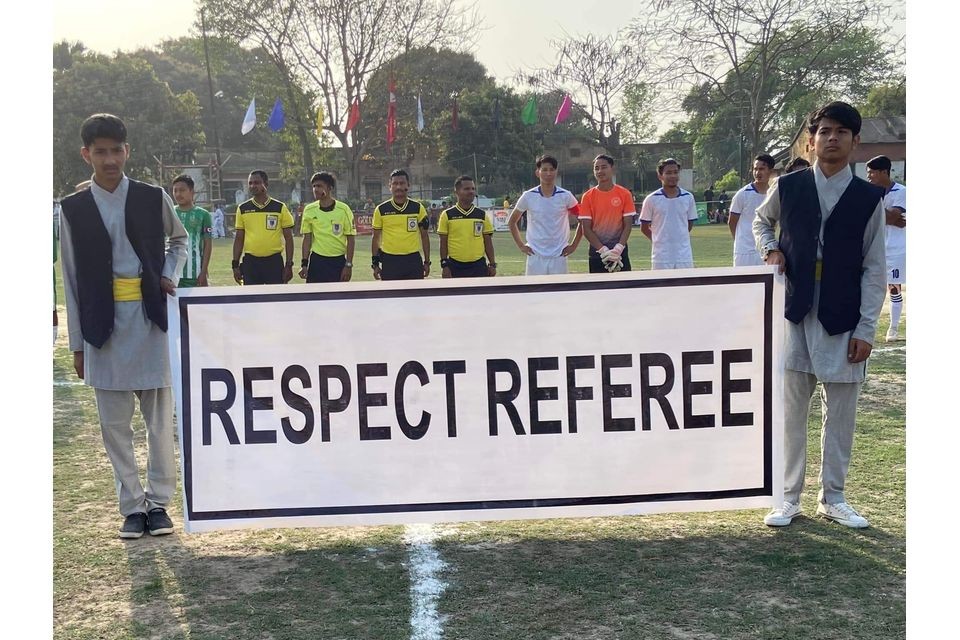