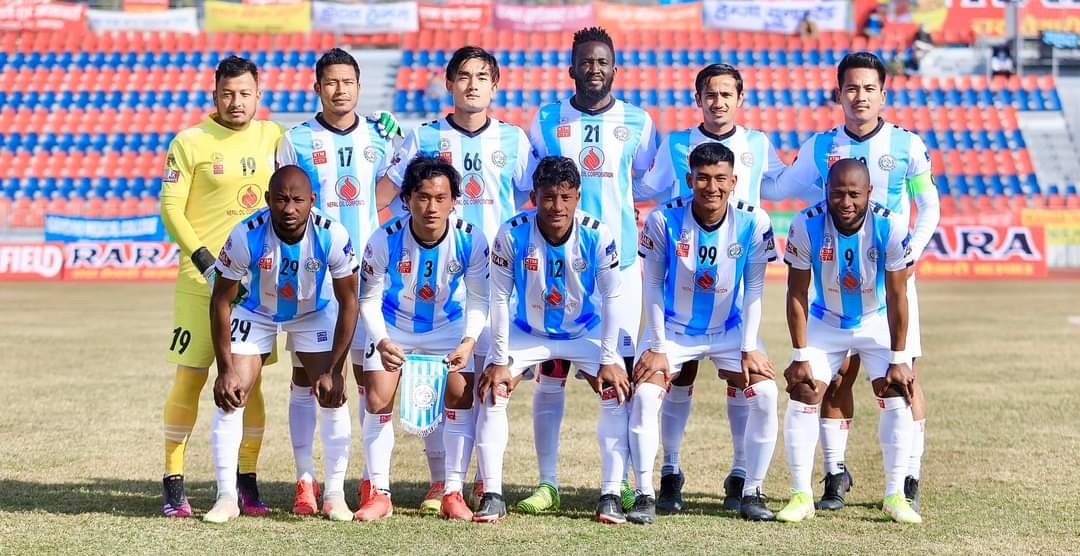 Manang Marshyangdi Club have entered the semi-finals of the ongoing Aaha Rara Gold Cup 2078 with a 2-0 victory over Nepal Police Club today in the second quarterfinal.

Manang toppled the departmental side with the help of goals from Rupesh KC and Afeez Olawale. Both goals came in the second half.

In a match held at Pokhara Stadium in Pokhara, the first half went pretty uneventful with both teams cautious in their approach and no real threat shown going forward by both the teams.

The approach remained somewhat similar in the second half. But Manang capitalized off a defensive error from Nepal Police Club in the 64th minute of the match.

A defensive error from Ajit Bhandari who failed to clear the ball in his own box gave Manang with a golden opportunity to take the lead and Rupesh KC slammed it home to give Manang the lead.

The most successful club in the competition history, Manang then doubled the lead with an wonderful solo goal from their star forward Afeez Olawale.

He received the ball in the middle of the pitch before going on a solo run, holding his composure and chipping it over the keeper from the edge of the box. Olawale was also adjudged the player of the match.

Manang will now face the winner of the match between Three Star Club and Tribhuwan Army FC in the semi-finals.

The third quarterfinal of the tournament will be played between the defending champions Sankata Club and Machhindra Football Club tomorrow.

The tournament being organized by Sahara Club, Pokhara has a winning purse of Rs. 10 Lakhs for the winners. 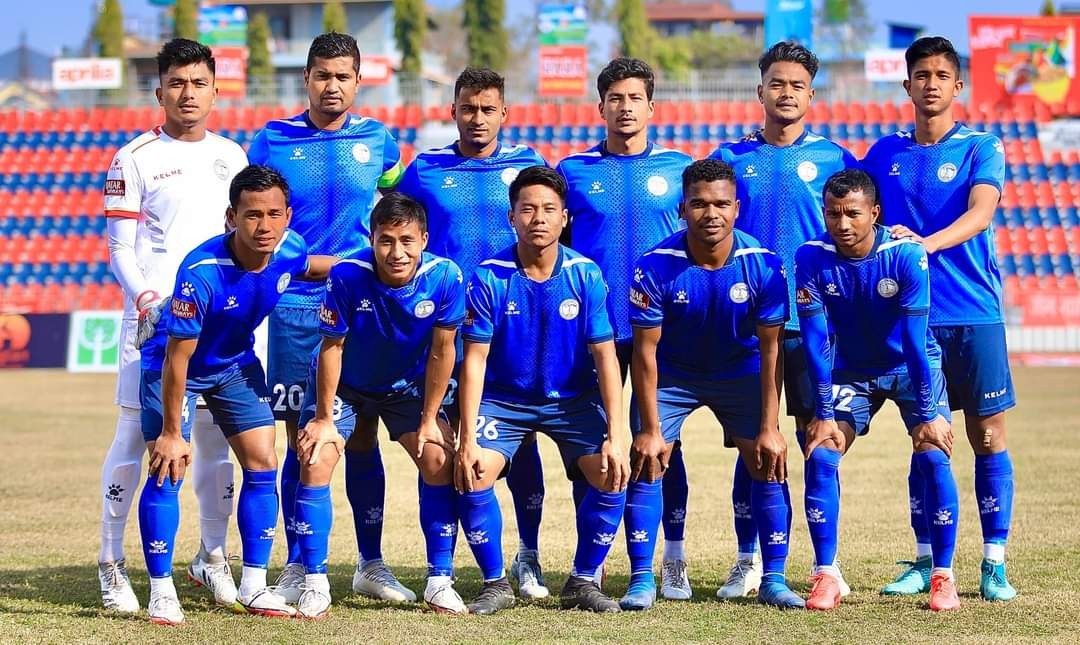