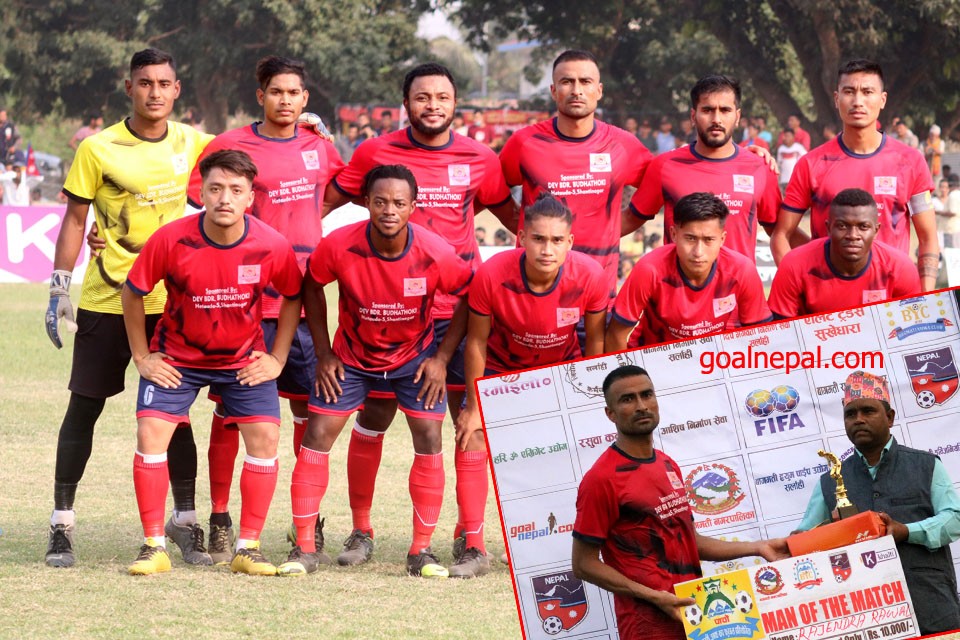 Rajendra Rawal scored both goals (41', 65') for the winners. C Mbkop scored one for ARAS in 83rd minute.

Bagmati club and Bagmati municipality are organizing the championship, which has a winning purse of Nrs 10 lakh.