Amit Tamang became the man of the match and received Nrs 3,000 cash.

Madi XI will play against Birgunj Youth Academy in second quarterfinal match on Sunday. Basantapur United club is organizing the championship, which has a winning purse of NRs 1 lakh. 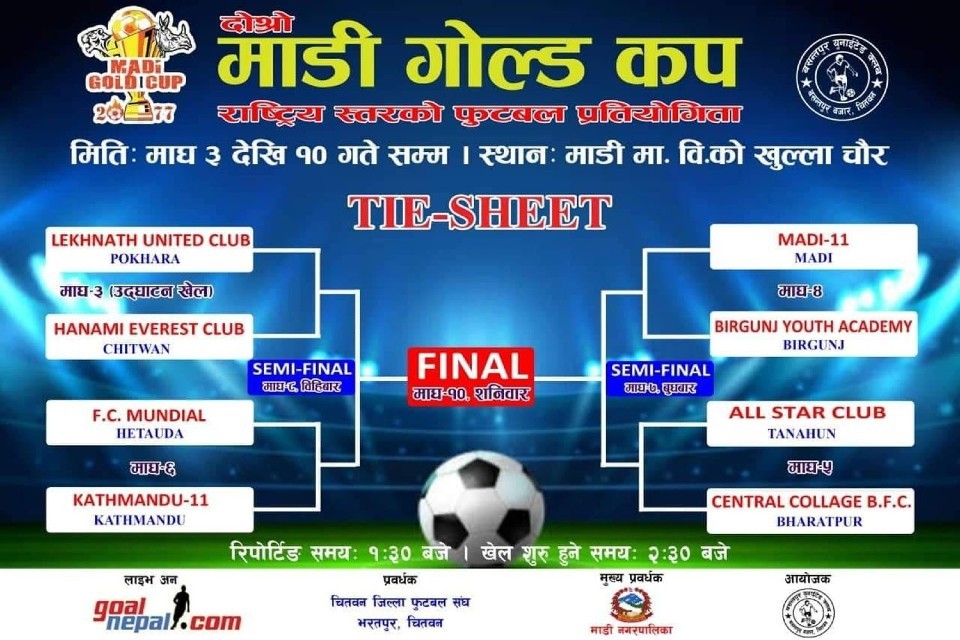 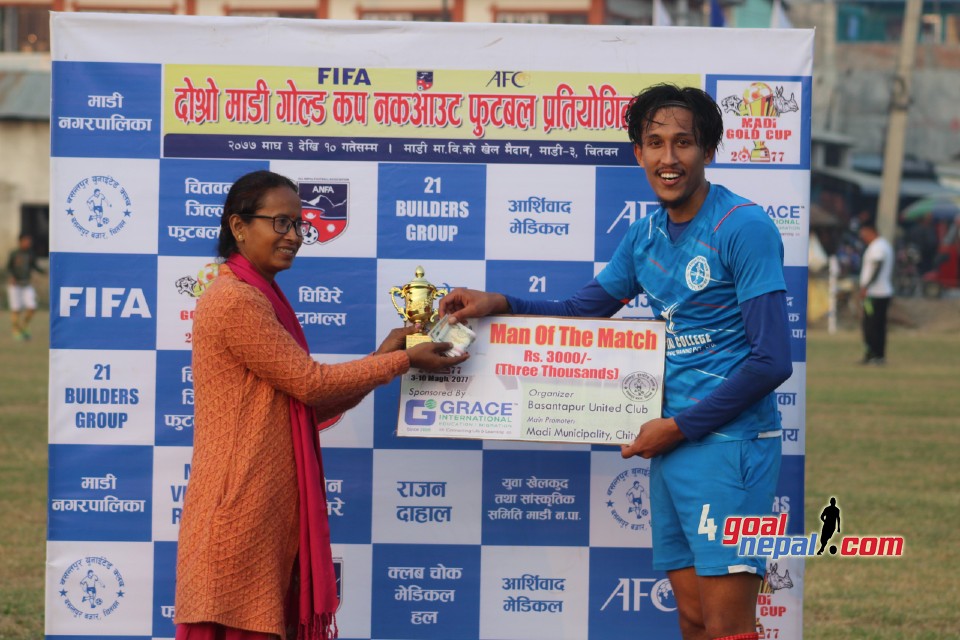