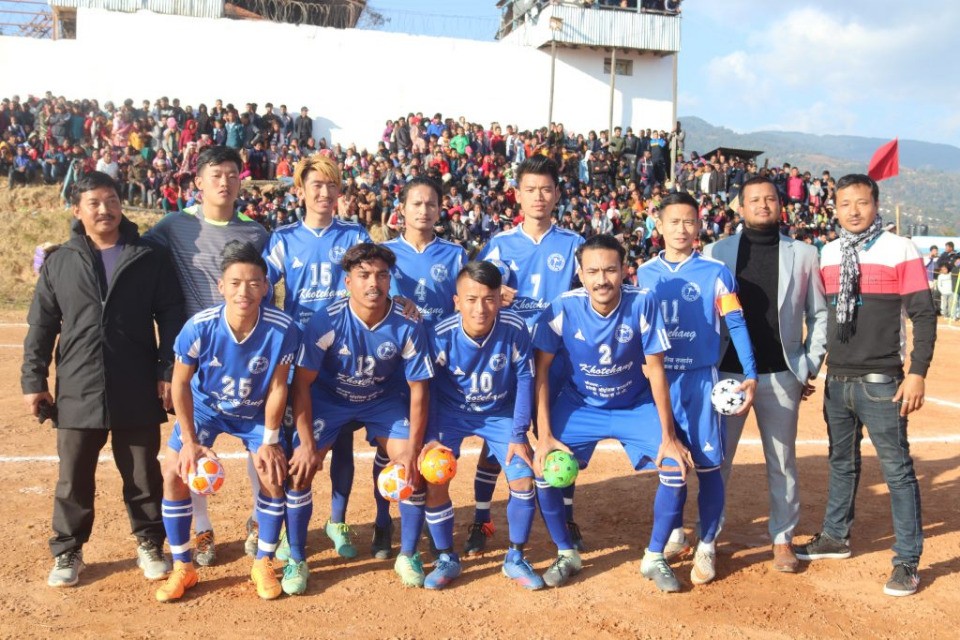 Bhagwati defeated Kulung Transportation 1-0 in the final match played at Tundikhel on Thursday.

Saujan Rai scored the match winner in 28th minute. He became the man of the match.

The champions received Nrs 5 lakh while runners up team got Nrs 3 lakh.

Jiwan Pariyar from the winning team was adjudged the most valuable player of the tournament.

Bhojpur DFA organized the championship, which was sponsored by Bhojpur municipality.