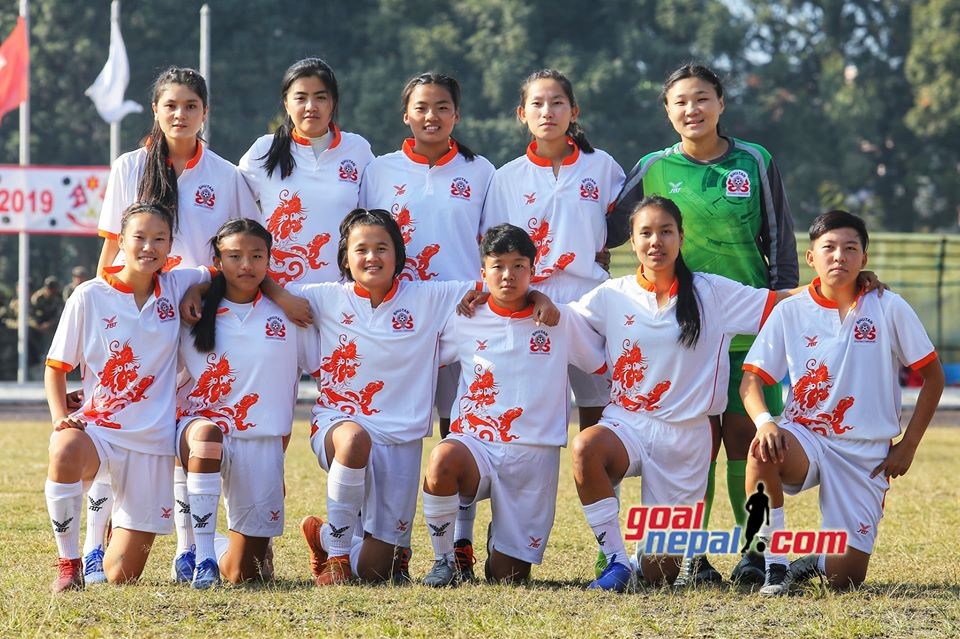 Yangden scored the opener in 19th minute. She added second in 23rd and completed her hat trick in 51st minute.

Yangden became the shero of the match. There are eight teams from Nepal, India and Bhutan taking part in the event.