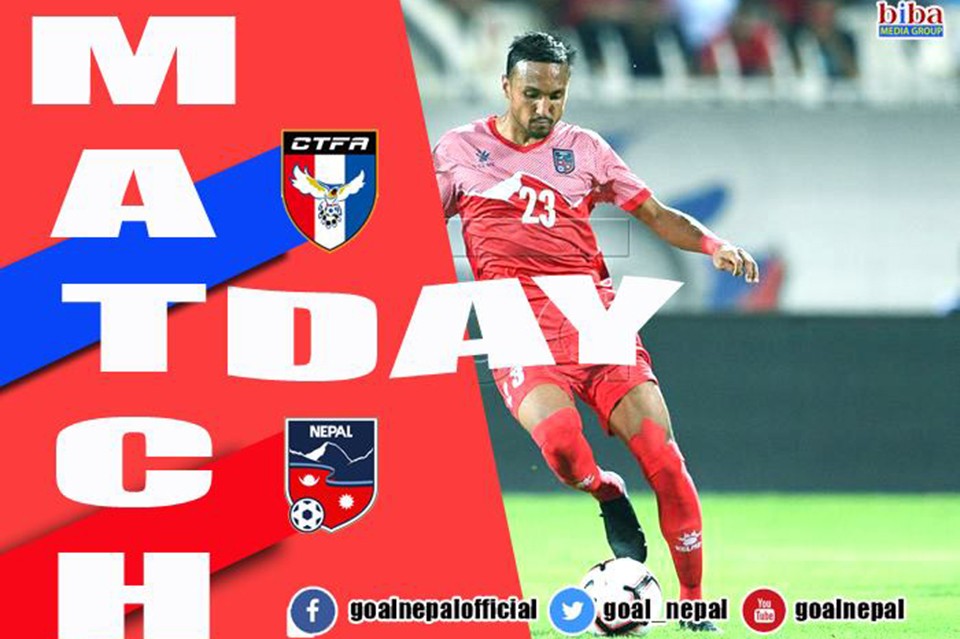 The match will be played at Taipei athletic stadium at 7 PM local time (4:55 PM NST).

Both teams have to win the match to remain in the fray as they had lost their matches in the match day 1.

"We need to go back to our way of playing so that we do not repeat similar mistakes against Kuwait in the Taipei match.
Taipei is higher ranked team and it would be wrong to say them weak team of the group. It is going to be a very strong and tough game", said Nepal coach Kalin.

"We are fully aware that if we fail again, the pressure will keep building on", said Chinese Taipei coach Lancaster.

There are Nepal, Australia, Jordan, Kuwait and Chinese Taipei in the group.