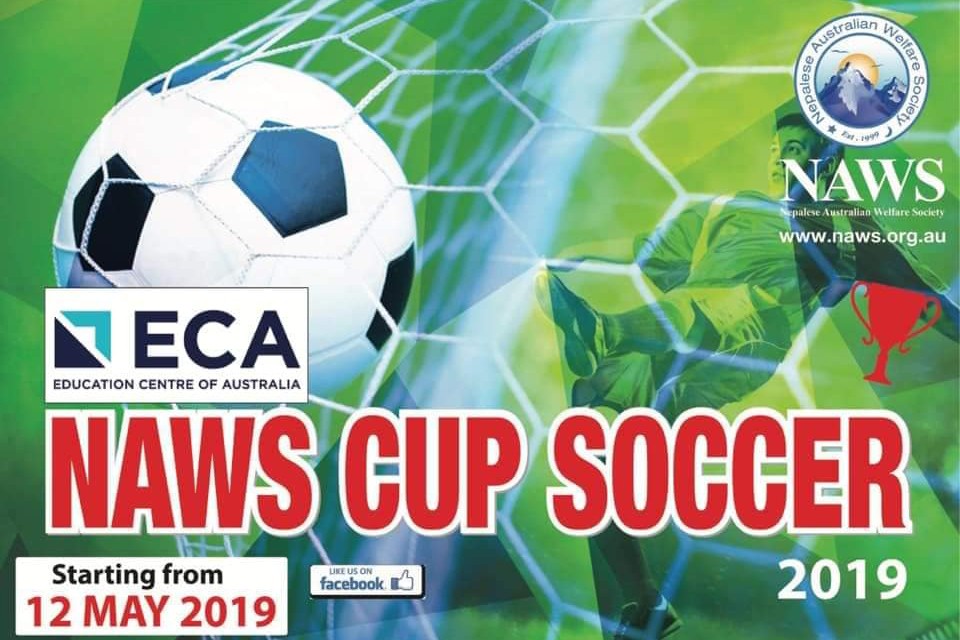 Nepalese Australian Welfare Society - NAWS - is all set to start its NAWS CUP SOCCER tournament from tomorrow 12th of may 2019.

Total 18 teams from all over Sydney are participating in the event.

Teams are divided into four groups where top two teams will go to quaterfinals after home and away battle.

NAWS is one of the biggest tournaments played in Sydney.

The Rising Gurkhas FC Nepalese Community is the defending champions.