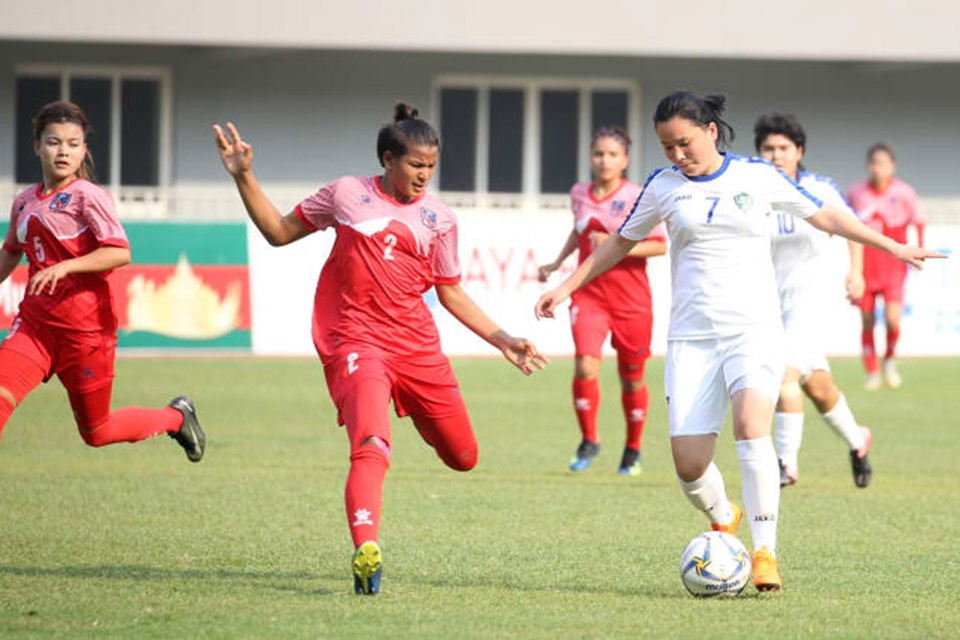 Nepal's second successive defeat means their hopes of a return to the finals for the first time since 2004 have been dashed with one match still to play.

Uzbekistan had struggled to create scoring opportunities in Friday's 1-0 loss to Myanmar, but it took only 21 minutes to take the lead this time, with Shahnoza Kurbonova netting the opener after a spill from goalkeeper Anjana Rana Magar.

Nepal finished the first half strongly, and had several opportunities to equalise early in the second period, but they consistently went begging as Manisha Raut, Saru Limbu and Sabita Rana Magar all squandered chances in front of goal.

That profligacy would come back to haunt Nepal, as Kurbonova broke the game open with a well-deserved second goal in the 67th minute, before slack defending allowed and substitute  to add the third and fourth goals in the 74th and 78th minutes respectively.

Uzbekistan's qualification bid, while boosted, still remains in the balance, with a win over in-form Australia expected to be required if they are to be among the two teams from the group to advance to the Finals.