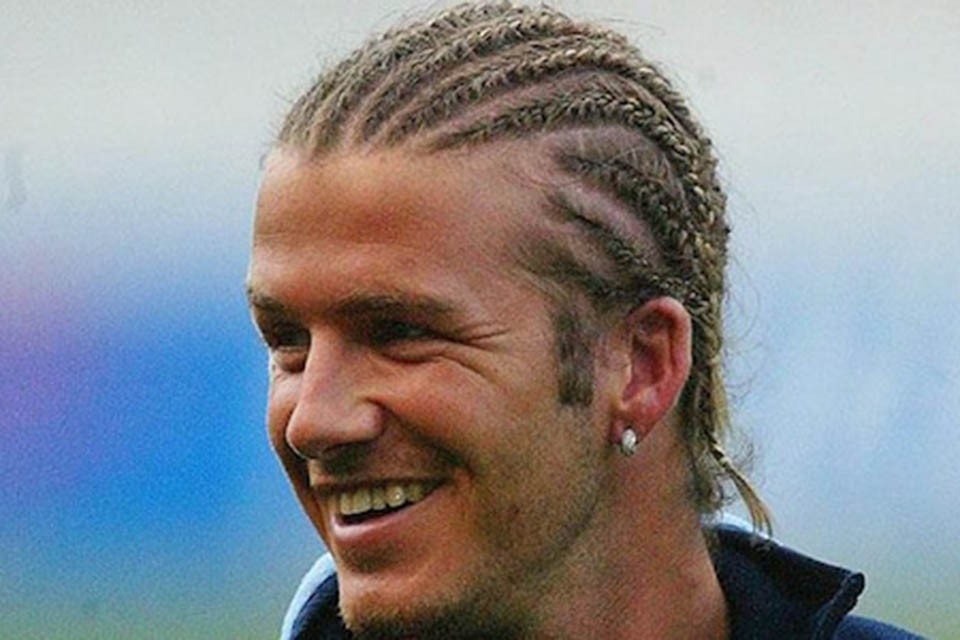 It Doesn’t Cross Over

There is something to be said about people. Even if you are an award-winning physicist that is celebrated as the most brilliant mind of the time, that doesn’t necessarily mean you can walk and chew bubble gum at the same time. The same is true for football players. They may me masters of the field, but when it comes to everyday grooming and common sense, some of them simply don’t make the cut (pun definitely intended).

You can’t really blame your favorite football stars. They are so dedicated to the game, they spend so much time practicing that they don’t think of themselves too often. That is likely how we got some of the ugliest haircuts in soccer history:

Ronaldinho - This Brazilian was a beast on the field, and he looked like one too. With tattered, curly hair, Ronaldinho’s hairdo was as untamed as he was. The worst part of his hair was how stringy, yet bushy his hair was. It was no secret that Ronaldinho didn’t really care too much what his hair looked like, and with the kind of skills he brought to the field, I don’t think anyone else minded too much either.

Lionel Messi - The last name here is very appropriate. Lionel had a big mess of a mop top. Somewhere between a mullet and a Cher haircut, this is a rough one to look at. Lionel’s haircut was all bowl and bangs in the front, and half-hearted mullet in the back. The end result made Lionel look like a giant man-child with developmental issues. This is certainly an example of a do not when it comes to personal hair care. Lionel was an easy pick for one of the worst haircuts in football history. Thankfully Lionel eventually got the message and cut his hair to help clean himself up and make him look like he was old enough to drive, let alone play in big league football.

David Beckham - It might be surprising to see this heart throb appearing on the list, but Beckham tried and failed to bend his haircut to suit him. He once bravely rocked braids, which simply did not flatter him. Looking more like the go-to drug dealer of a famous boy band, Beckham’s braids reminded us all that no matter how good-looking you are, the wrong haircut can change all that in a heartbeat.

Zlatan Ibrahimovic - Zlatan was certainly going for the samurai warrior look with his man-bun style. Unfortunately it did not flatter his face profile much, and he ended up instead looking like a cartoon buzzard that was suffering from confusion after taking too many lumps to the head. While this talented striker has still refused to cut his hair, despite a direct request from Silvio Berlusconi.

Carles Puyol - This mess of a mop top has never seen a hairbrush, let alone some shampoo and conditioner. The messy boy band look was only in for a short period, and never on a grown man. That being said, Puyol was married to a model for two years, so he had to be doing something right. Previous Three Year Jail Term & Rs 30,000 Fine For Match Fixing !
Next Nepal U23 Must Go All Out Against Pakistan On Sunday