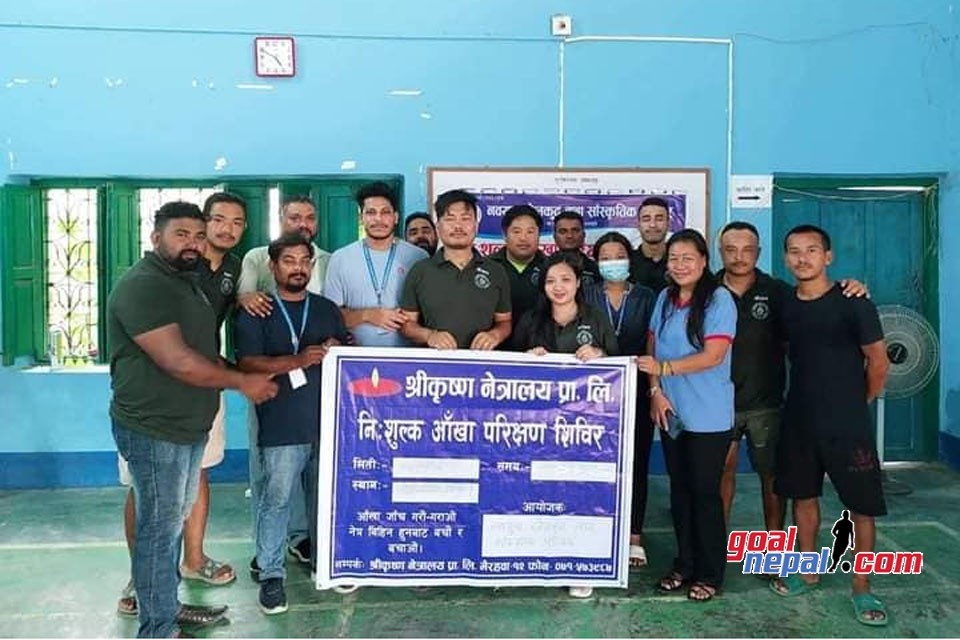 Nawa Yuwa Sports & Cultural Society active in football and other social activities in Thutipipal, Rupandehi, has completed a one-day free eye checkup camp. Club President Chandra Gurung informed that a total of 217 men and women underwent eye test at the test camp held at the Badminton Hall in Thutipipal.

Stating that the club has a social responsibility along with sports, President Gurung said that although it is small, positive work has been started on behalf of the club. He also announced that such social activities will continue in the coming days.

Nawa Yuwa Club has been organizing the Open Knockout Football Tournament in Rupandehi District for a few years now. Also, the club has also stated that they are planning to resume the competition, which has been halted for a few years.