In the final quarterfinal held today in Itahari, Sagarmatha defeated New Road Team (NRT) 3-0 to advance to the semi-finals.

Awas Lamichhane was named the man of the match for his grace and received Rs. 10,000.

The winner of the competition organized by Rastriya Jagriti Club, Itahari, Sunsari will get 7,00,000 rupees including the title and the runners-up will get 350,000 rupees. 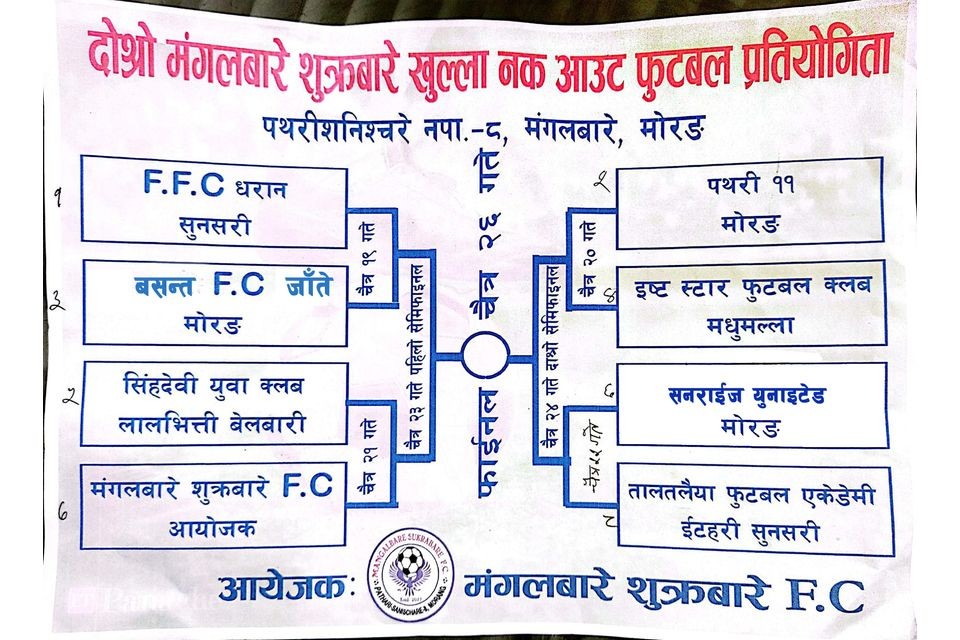