Bhojpur District Football Association have made a winning start in the fifth international Invitational Mayor Bhojpur Gold Cup 2078. Bhojpur DFA defeated Sagarmatha Youth Club on penalties to make it to the semi-finals.

The regulation time ended 2-2 and the match was sent to penalties. And Bhojpur DFA defeated Sagarmatha 5-4 on penalties to make the final four.

Prabin Rai of Bhojpur DFA was named the player of the match and received Rs. 3,500 and a medal. 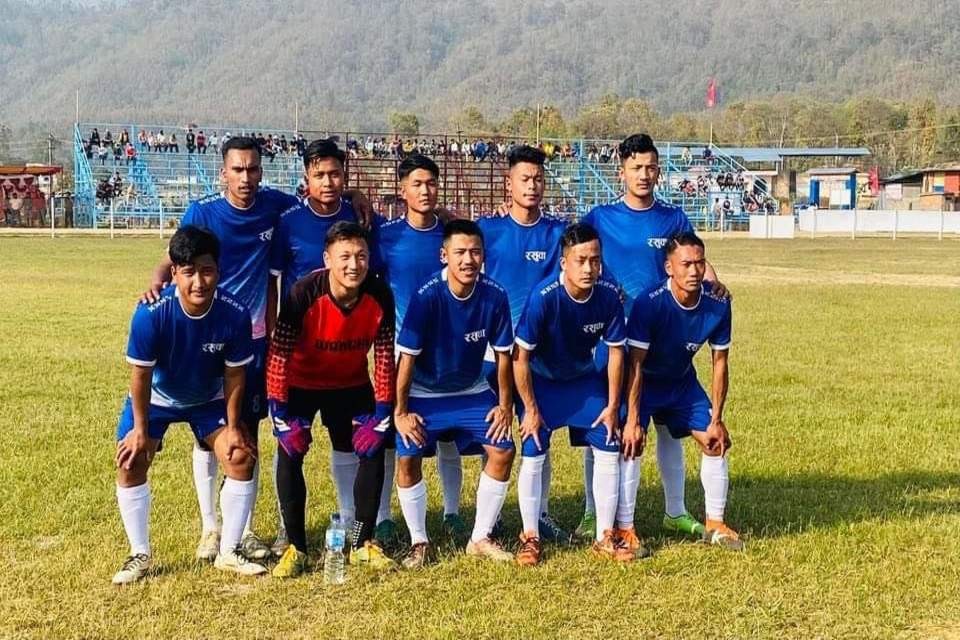 Previous Sindhuli & Bhaktapur Victorious In The Bagmati Sports Men's Football!
Next Nepal Succumb To A Superior Indian Side In The SAFF U-18 Women's Championship Opener!