APF coach Kumar Thapa stated at the pre-match press conference held in Pokhara on Friday that his team has worked hard to win the title. He also remarked that he was pleased with the players' performance.

Similarly, Manang coach Fuja Tope stated that his team is vying for a record-setting seventh title.

APF had advanced to the quarterfinals by defeating Sahara Club 2-0 in the first match. APF defeated BYSC of Minnesota, USA 3-1 in the first quarterfinal and Machhindra 3-1 in the semi-final to get to the championship game. After 14 years, the APF has made the final of the competition.

Manang defeated Nepal Police Club 2-0 in the quarterfinal and Army 4-3 in a tiebreaker in the second semi-final on Thursday to go to the final. Manang is making his 12th appearance in the final and has won the title six times. 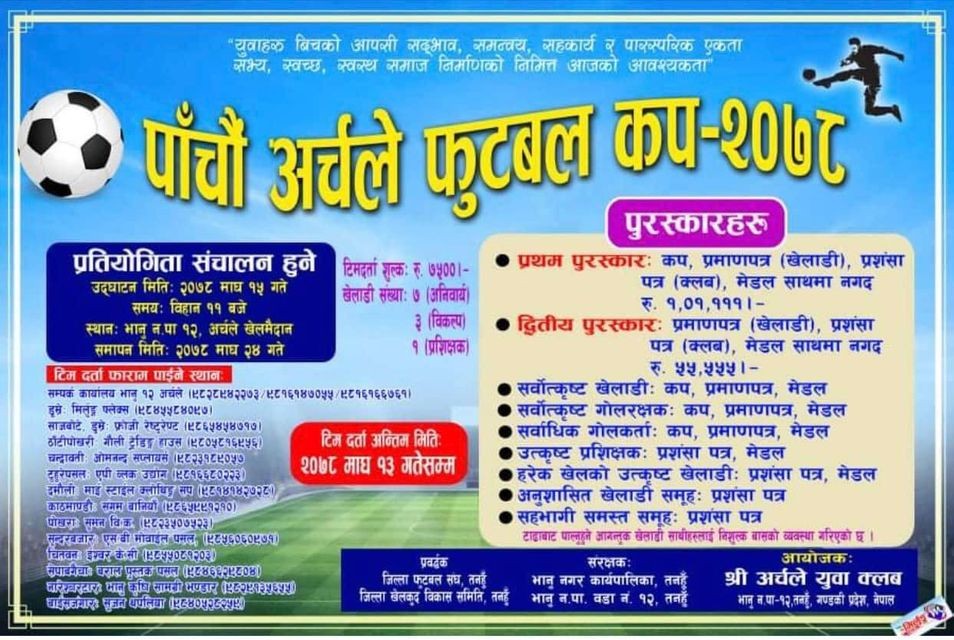