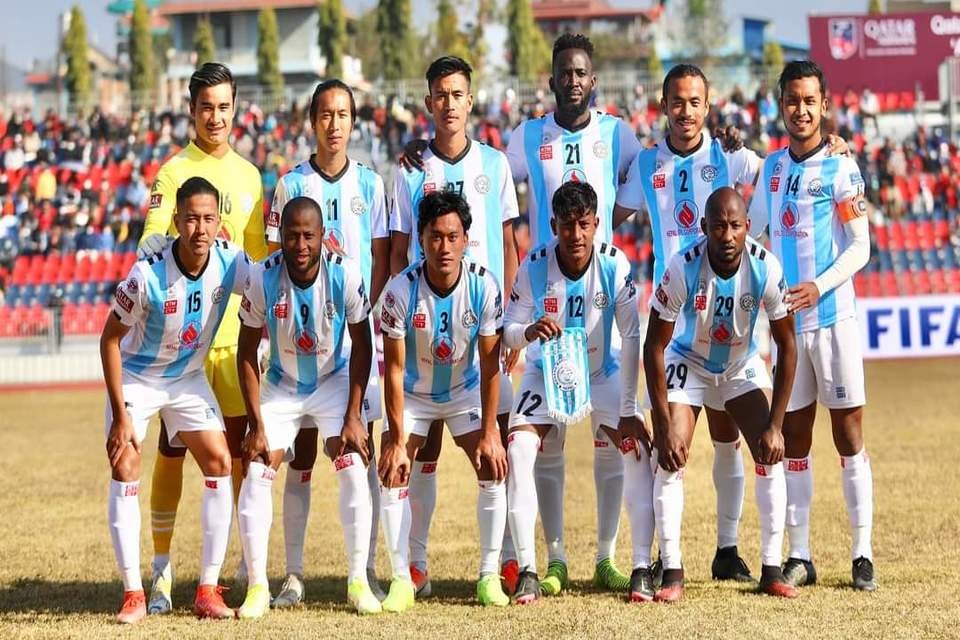 In the first ever tie outside the Kathmandu valley in Nepalese A Division League football history, MMC took the lead through their talisman Anjan Bista in the 10th minute of the match. But NPC equalised through a penalty by Suman Lama in the 36th minute of the first half.

In the 73rd minute in the second half, Anjan Bista scored a free kick from just outside the box to score a brace and restore the lead for his team.

In a historic matchup with around 4000 spectators in Pokhara, Nishan Limbu scored from close range in the 83re minute in a rebound to take the scoreline to 3-1.

Manang Marshyangdi Club will face Machhindra Football Club in an exciting match in the next round of matches while Nepal Police Club are set to face Friends Club. Both matches will be played in Kathmandu. Previous History Created In Nepalese Football !
Next Three Star Unable To Get A Win Yet Again