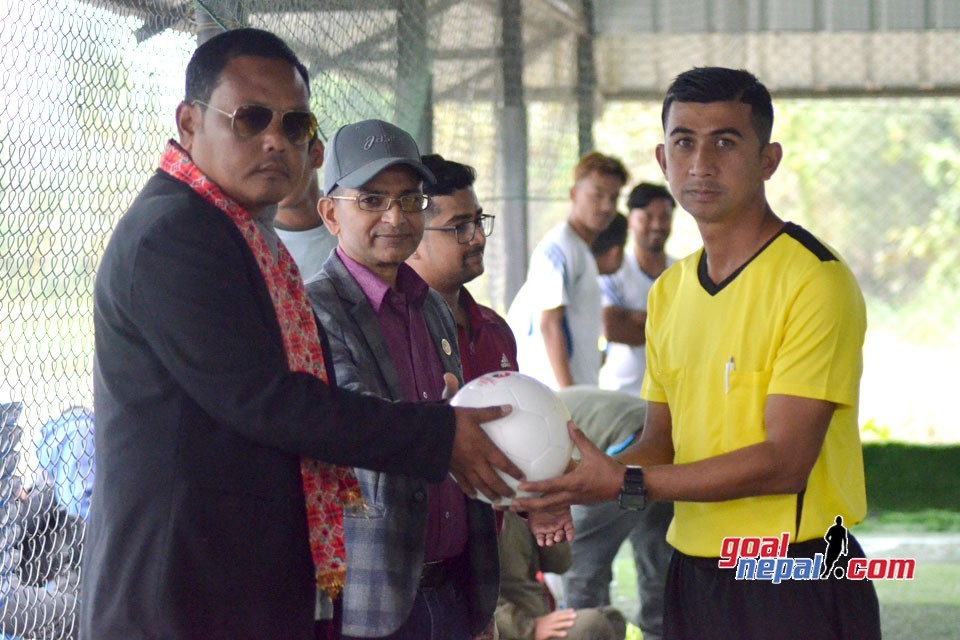 The first Unique Knockout Open Futsal tournament has started in Rupandehi on Friday with the objective of producing good futsal players and developing the district as a 'futsal hub'.

On he first day of the competition, which started at the organizer's own Unique Futsal Arena at Manigram, Ward No. 5, Tilottama, the matches up until quarterfinals were played.

By the end of the first day's play, Siddharth FC, Tilotta Club and DMC reached the semifinals along with Unique Futsal. Organizers Unique Futsal will face DMC in the semi-final while Tilottama and Siddharth will meet in the next semi-final.

A total of 13 teams will participate in the competition which will conclude on Saturday.

The winner of the competition will get 50,000 rupees including the title while the runner-up will get 30,000 rupees, said competition coordinator Rahish Dumre. Similarly, prizes have also been arranged for the individual category and there is also health insurance for the players, said coordinator Dumre.