Kathmandu Rayzrs FC got off to a winning start against Lalitpur City FC in the National Super League opener in Kathmandu played at Dasarath stadium. Now they are gearing up for the second game against Dhangadi FC Tuesday.

Head Coach Bal Gopal Maharjhan is plotting yet another victory to put his side in a commanding position in the competition. They did prevail over Lalitpur City in a close contest, but the performance was nowhere near expected.
They struggled to keep possession of the ball, easily losing out to the opposition.There was a clear lack of cohesion between the attack line and midfielders, coupled with poor finish.

As a result, only a few clear scoring opportunities came by. The young guns Bishwas Shrestha, Rezen Tamang and Sudil Rai must raise their performance level and play to their potential. One player who stood out was recently capped emerging midfielder Sanjog Rai. He played well, maneuvering and marshalling moves to good effect. He is the playmaker for his team and has to continue his good form into the second match.

The defense stood on shaky grounds, looked unconvincing and were frequently caught off guard under pressure.They must improve and polish their defensive skills. A youthful defensive line led by international Tshiring Gurung will have to give a good account of themselves.

Coach Maharjhan has a superb collection of talents in his defense oriented squad who are capable of a better performance. He has to instill confidence and give them a winning motivating pep talk. One of his main strategies should be to capitalize on the opponent’s weaknesses as much as possible to their advantage.

After underperforming against Biratnagar City FC, Dhangadhi FC look determined and confident to bounce back and put their mediocrity on the backburner. As a matter of fact, the nature of their big loss surprised many.

Pure and simple, the star -studded outfit led by Nepal’s number one custodian Kiran Kumar Limbu fell flat.In short, they played an error riddled and sloppy football throughout and ultimately paid the price. The lackluster and uninspiring performance by his team had Nigerian Head Coach Fuja Tope head spinning in utter disbelief. He finds himself under pressure going into the match against Kathmandu Razyrs.

They cannot afford two defeats in a row. Otherwise, their journey ends. Given the depth of talent, I had considered Dhangadhi FC one of the strong contenders for the title.They still can turn things around with a win against Kathmandu Razyr.

For it to happen, they have to strike back with vengeance and determination. Under the situation, they have to play attacking football from the word go to apply early pressure on the opposition and seize territorial advantage.

With quality and experienced players in the likes of Bishal Rai, Nishan Khadka, Darshan Gurung, Tanka Basnet and Rupesh KC, it is doable.The defense must perform solidly and overcome the lethargi performance that contributed to their defeat in the opener.

If they find form and play constructive and productive football, I will not be surprised if they end up registering their first victory. 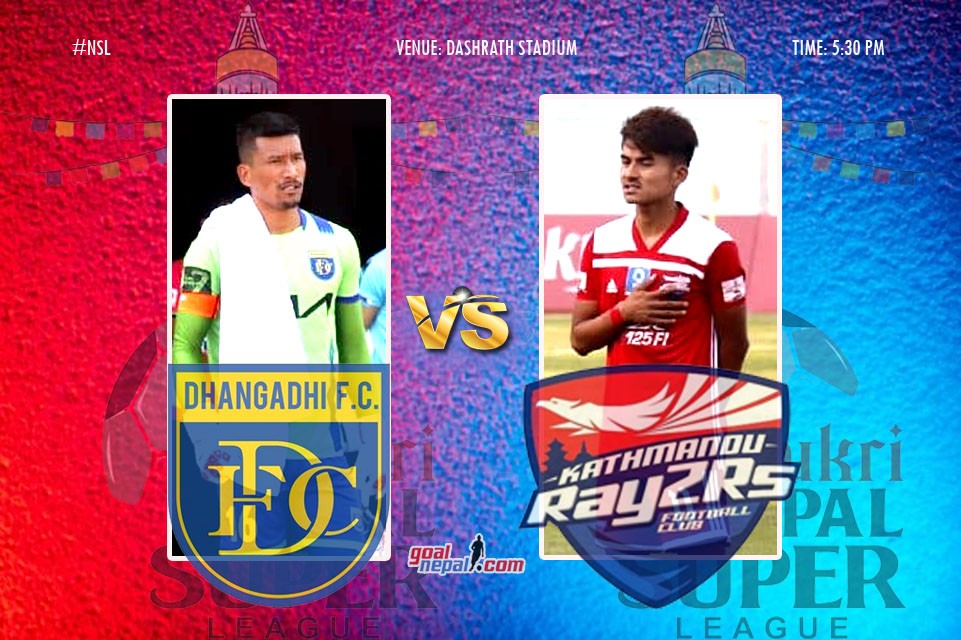