Rana Sohel is confident Bangladesh can hold their own when they play Nepal in two international friendlies next month.

Although Bangladesh have a better head-to-head record against their Himalayan neighbours, Nepal, however, won their last meeting and sit 17 places above Jamie Day's men in the FIFA World Ranking.

The two sides are scheduled to meet in Dhaka on November 13 and 17.

Nepal have the upper hand in the last seven meetings between the two sides, winning thrice to Bangladesh's two victories.

“Of course, we are (still) better if you compare. We lost the games due to silly mistakes,” said Sohel to local media.

“Nepal are good as a team but if you think individually they are not as good as us. As a group they are strong but we know their strong and weak points,” the Abahani Limited midfielder said after Tuesday's training session.

“We will hopefully win the two matches by rectifying the mistakes that we made in the past. We are making preparation for that."

Tuesday was the fourth day of the centralised training camp after the players spent around seven months without any action due to the COVID-19 pandemic.

“We focused more on physical side in the first week. The coach has been training us on fitness since we were out of the game for a long time. (On Tuesday) We trained with the ball for 40 minutes, followed by endurance exercise,” said Sohel.

“We have to think how we can improve our fitness and play these two games well. We are working hard to get good results.”

Bangladesh lost 2-0 to Nepal in the 2013 SAFF Championship Kathmandu and defeated the Gorkhalis by the same margin on the same pitch later the same year during the AFC Asian Cup qualifiers.

The two South Asian sides faced off three times in Dhaka since then, the first a 1-0 win for Bangladesh during a friendly in 2015, followed by a goalless draw in the 2016 Bangabandhu Gold Cup, while the latest encounter ended with Nepal winning 2-0 in the 2018 SAFF Championship.

The friendly matches will see both teams kickstarting their preparations for the resumption of the Asian Qualifiers for the FIFA World Cup Qatar 2022 and AFC Asian Cup China 2023.

Nepal are fourth in Group B with a win against four defeats while Bangladesh only have one point from four Group E matches. 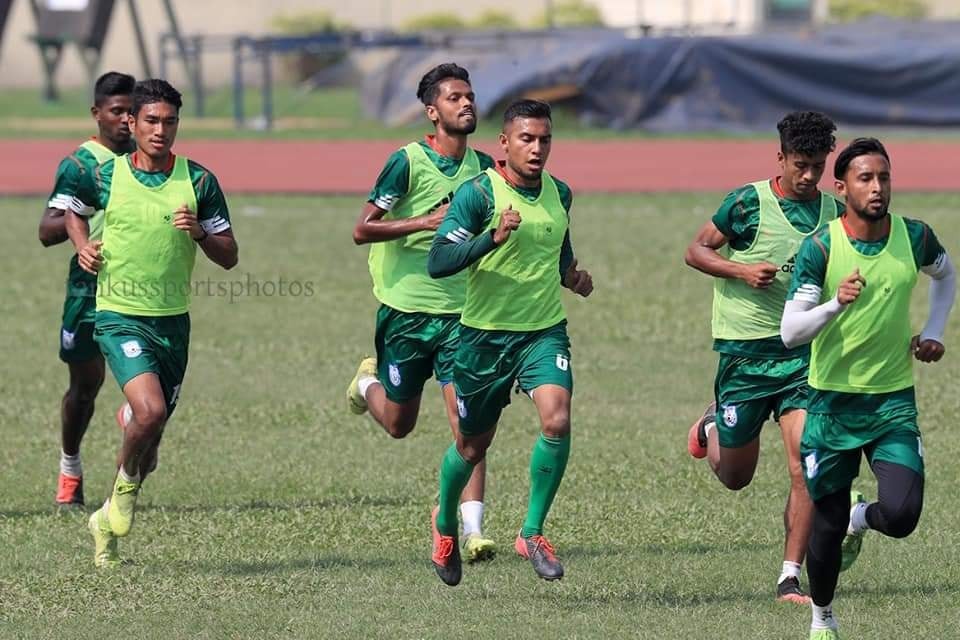