Province 2 Dhanusha: Salahesh Into The Semis Of Bandevimai Gold Cup Dhanusha - Salahesh Youth Club, Siraha have made it into the semifinals in the 11th Bandevimai Gold Cup Knockout Football Tournament. Salahesh defeated Gaighat FC 4-2 on Friday to make it to the final four.

Sunil Khadka scored twice while Anicet and Fofona scored a goal each for Salahesh. Krishna Thapa and Dipak Khapangi pulled a goal back each for Gaighat.

Sunil Khadka of Salahesg was elected as the player of the match. He received Rs. 2,000 cash as a reward. 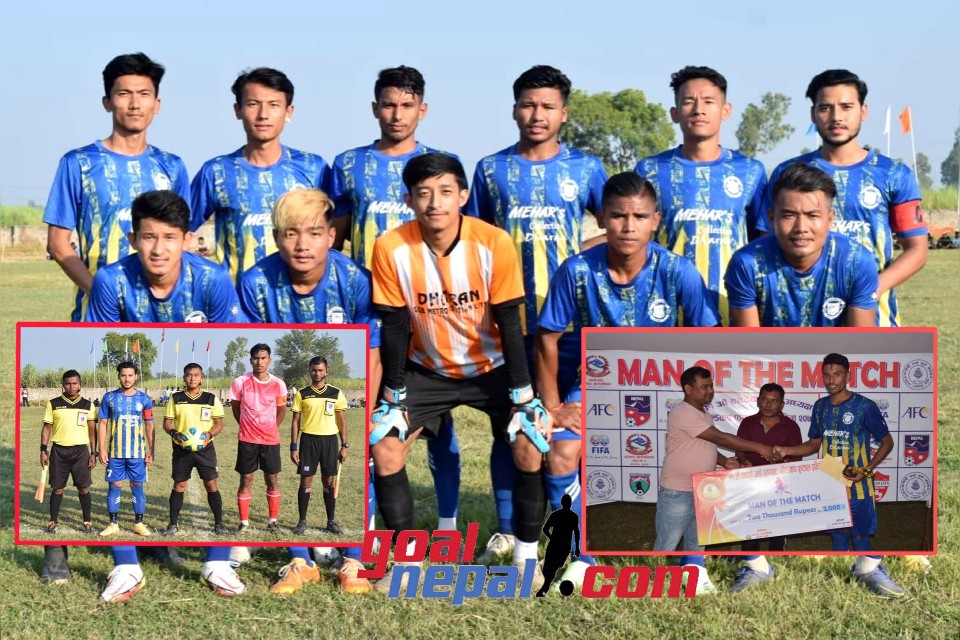