The municipality honored Khawas for his achievement with 13th SA Games.

Khawas was part of the team when Nepal lifted gold medal beating Bhutan 2-1 in the final match early this year. 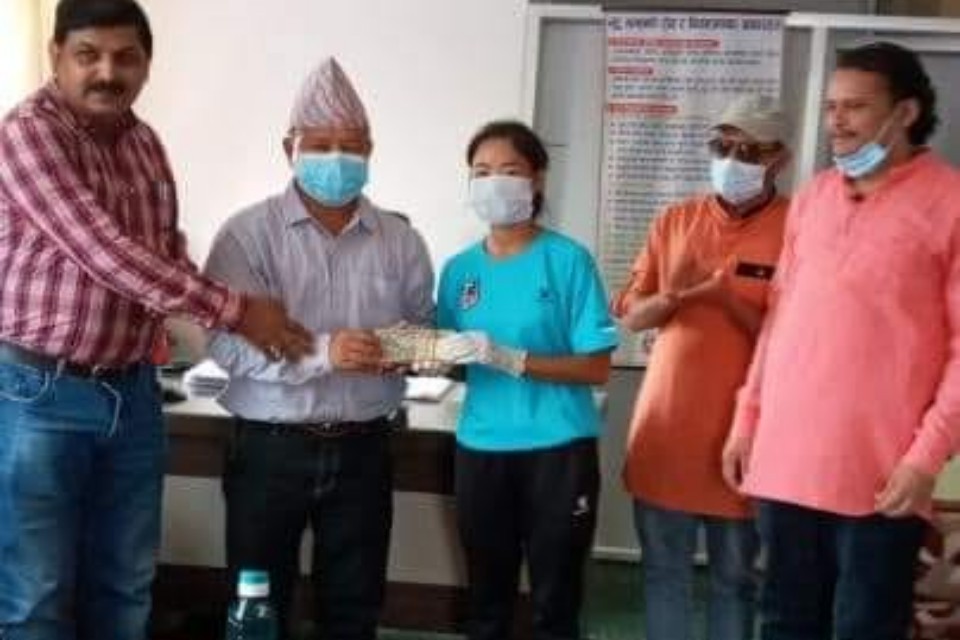