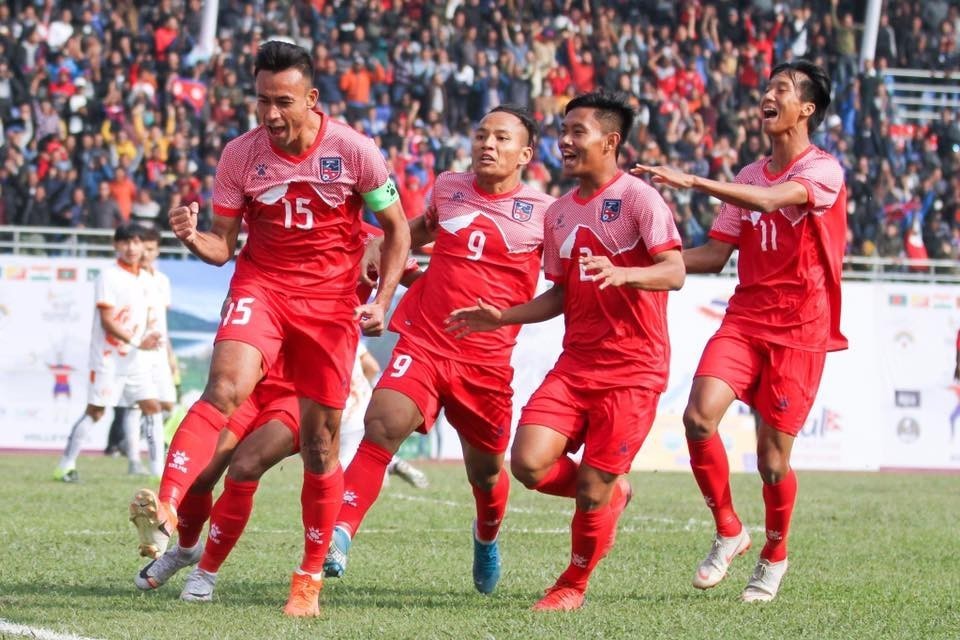 Nepal Olympic side was very close for second win in 13th SA Games 2019 but played out 1-1 draw against Sri Lanka at Dasharath stadium.

Nepal conceded leveling goal in 90+1 minute, thanks to a thunder strike.

Nepal had taken the lead in 36th minute. Ananta Tamang was fouled inside the box, resulted in a spot kick for Nepal. Skipper Shrestha made no mistake from spot.

Second half was slow and Nepal failed to utilize home advantage. When Nepalese fans and the players were ready to celebrate the win, they saw magnificent strike from Lankan.

Nepal now have four points and stay atop in the group.

Bhutan vs Maldives and Sri Lanka vs Bangladesh will be played tomorrow. Nepal will play against Maldives on December 7 under lights.

There are five teams taking part in the event. Top two teams after round robin matches will play the final match.