News Nepal U15 Girls Team Coach Rakesh Shrestha: We Will Give 100% Against India Nepal U15 girls team is playing against India U15 in the opening match of SAFF U15 girls championship on Wednesday.

The match will be played at Changlimithang stadium, Thimpu at 3:15 PM NST.

Head coach Rakesh Shrestha said they were ready for the match.

"We will give 100% against India. We will play an attacking game against them", said Shrestha.

Skipper Priti Rai said they were physically and mentally fit for the match.

"We have improved a lot from our training sessions. We will play our best against India", said Rai.

There are just four teams (India, Nepal, Bhutan and Bangladesh) in the group. Top two teams after round robin matches will go through finals. 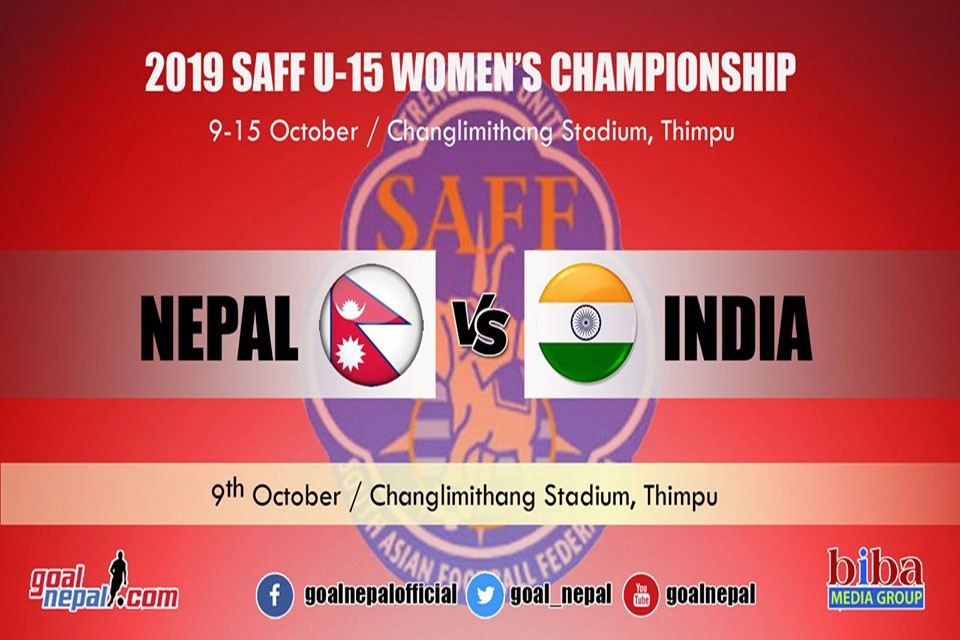