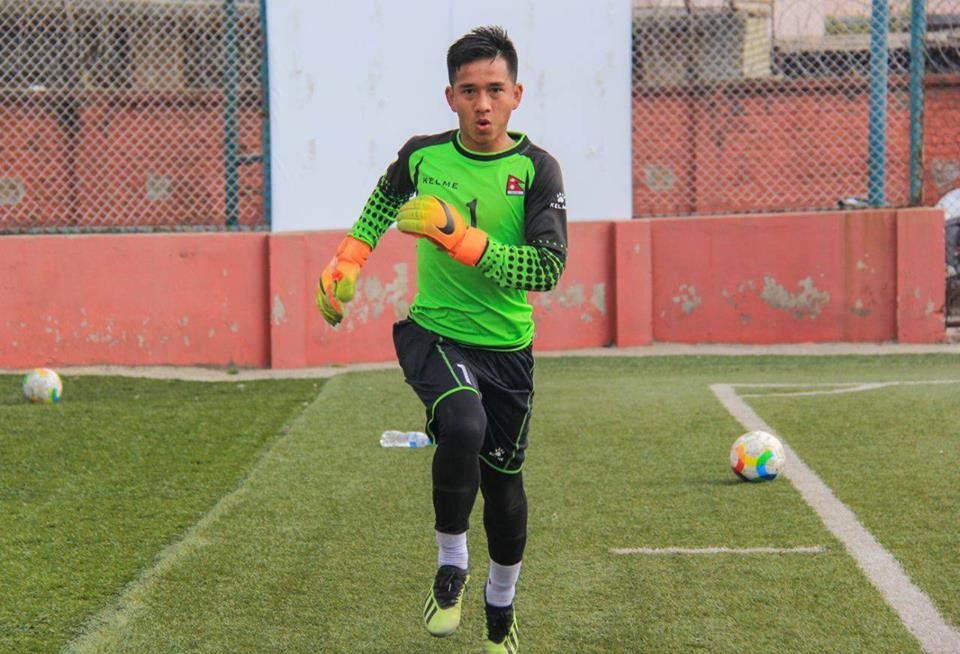 Goalie Roshan Nepal, who was removed from Nepal U16 team ahead of AFC U16 qualifiers, have challenged U16 coaching staffs to prove him wrong.

Media report claimed that he was removed from the post to include the son of ANFA VP Pankaj Nembang.

Coaching staffs led by head coach Sunil Shrestha said on Wednesday that they did nothing wrong in players selection and goalie Nepal and other 12 academy players were removed after SEE result. They also added that goalie Patthuhang Nembang was included in the team on merit basis.

That irked goalie Nepal and has poured his frustration. "I want to challenge the coaches to prove me wrong. I don't afraid of them. I am ready to compete against all U16 goalkeepers. You will know who is better among goalkeepers", Nepal wrote on his FB page.

Nepal collected four points in four matches in recently held AFC U16 championship qualifiers. They defeated Sri Lanka 3-0 and played 1-1 draw against Kuwait. However they were crushed by Jordan and Tajikistan by 7-0.