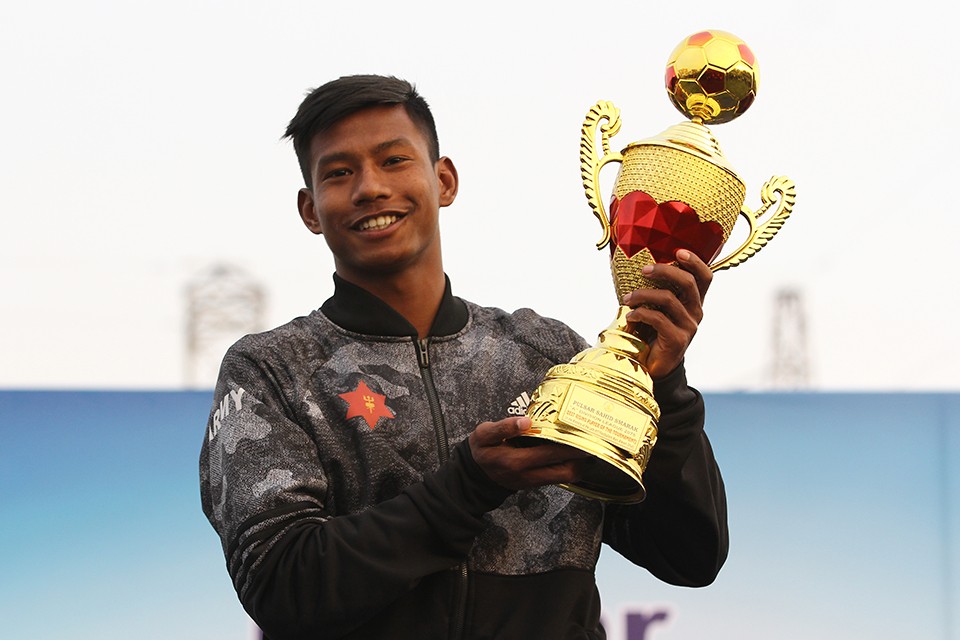 Bikash Khawas from Nepal Army has received an award of emerging youth player of Pulsar martyr's memorial A Division league.

The award was given in memory of late Mani Bikram Shah.

Nepal U19 defender Khawas is currently being sought as one of the best young defenders in Nepal. 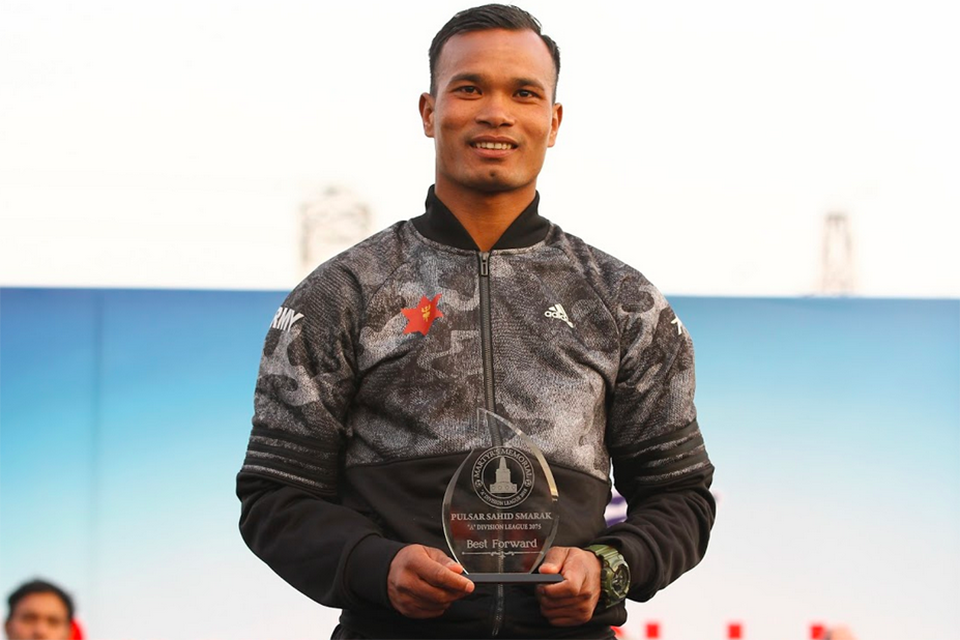