News Girls From Province 5 Off To Kathmandu Girls team from province 5 has left for Kathmandu to compete in 6th CoAS international women’s championship.

Players were selected from various districts of the province.

Seven provinces, three departmental teams and two teams from India are taking part in the event, which has a winning purse of Rs 3 lakh. 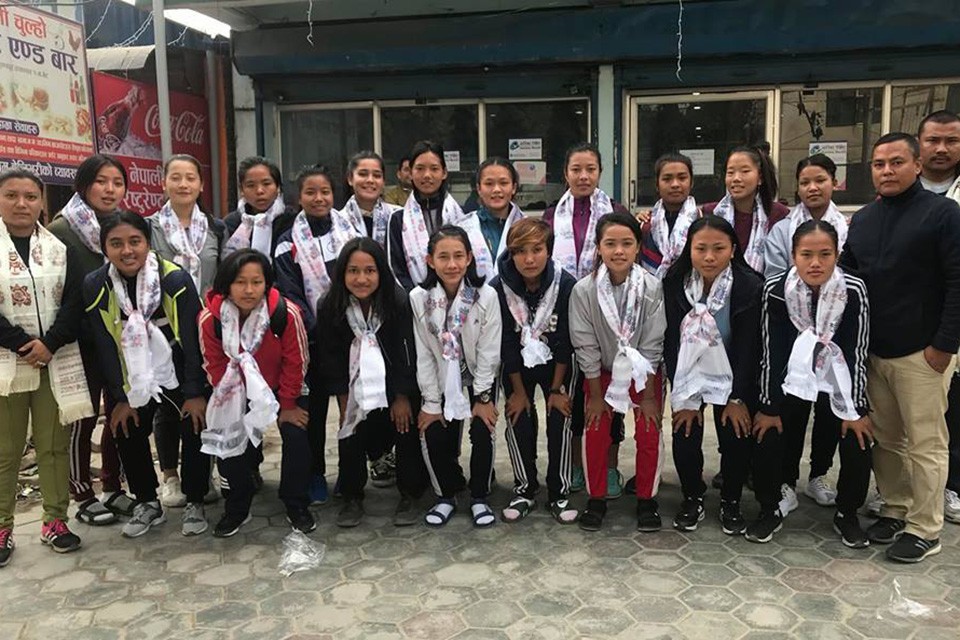