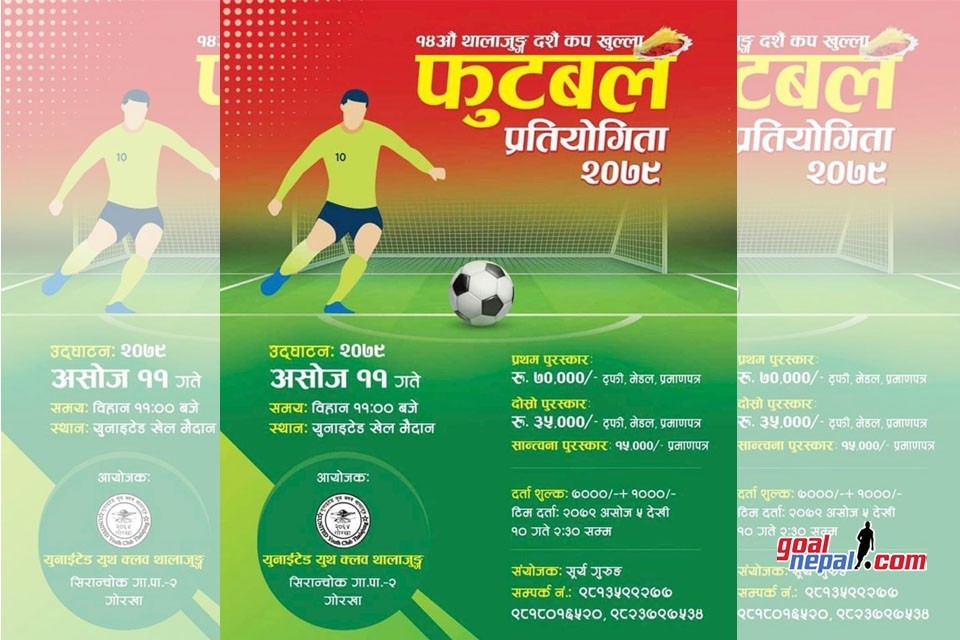 The 14th Thalajung Dashain Cup Open Knockout Football Tournament is going to be held from Tuesday 11th of Ashoj under the organization of United Youth Club, Thalajung, Siranchok-2 Gorkha.

The organizers informed that all necessary preparations for the competition have been completed. In addition, the last date for team registration for interested clubs has been set until Ashoj 10, according to Surya Gurung, the sports coordinator. Similarly, the team registration fee is seven thousand rupees.

Coordinator Surya Gurung said that the winners of the competition held at the United Ground will receive Rs. 70,000 in cash along with the title, while the runners-up will receiveRs.  35,000 with a trophy, medal and certificate. In addition, the coordinator, Gurung informed that attractive prizes have been arranged for the best players in the individual category. 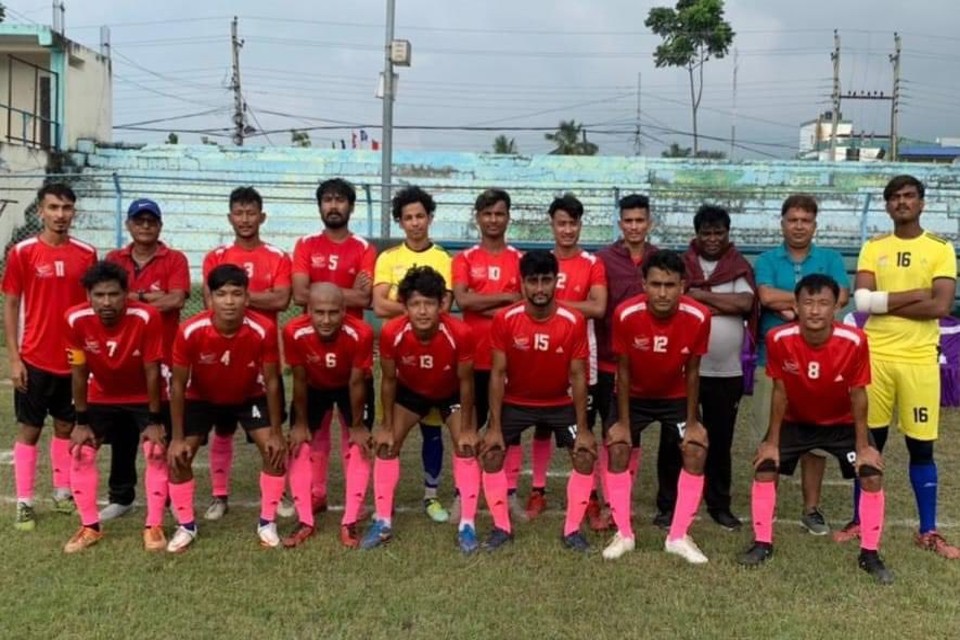 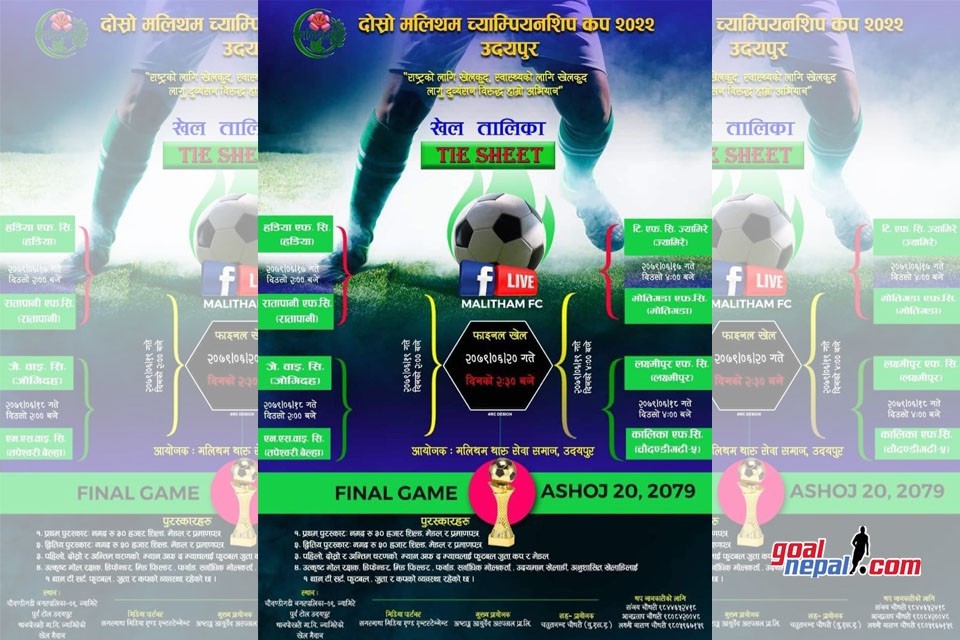