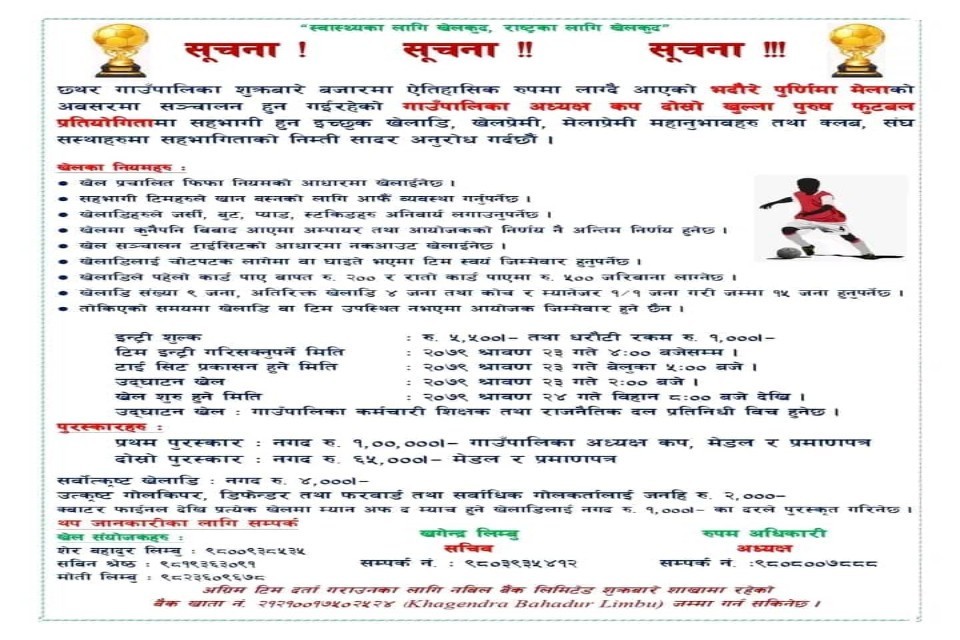 The championship has a winning purse of NRs 1 lakh and runners up team will get NRs 65,000.