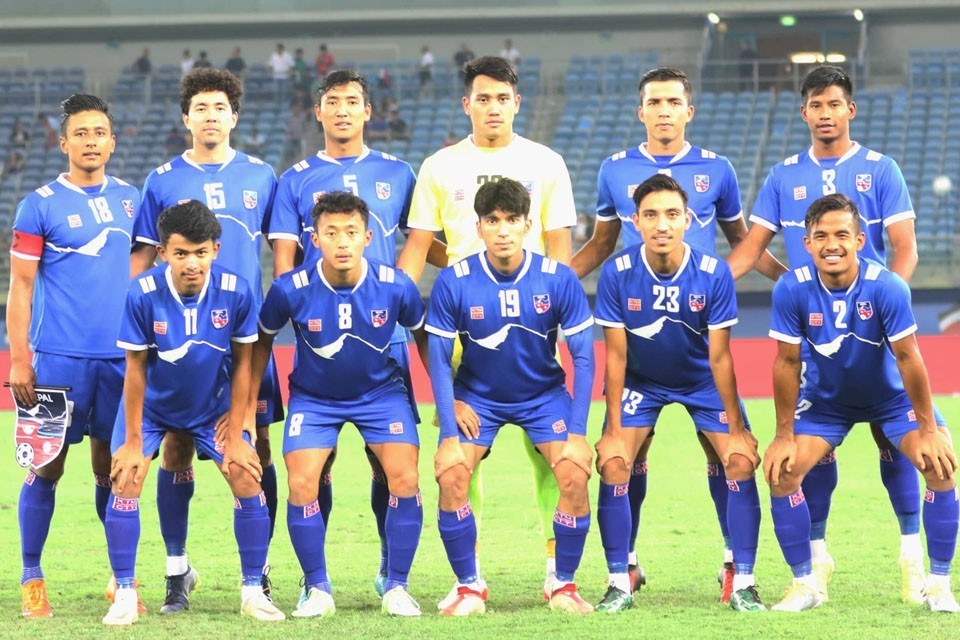 With two successive defeats, Nepal's run in the AFC Asian Cup Football Qualifiers came to an end in Kuwait Saturday. Nepal went down to host Kuwait 1-4.

Although they lost by a big margin, they put on an inspiring and fighting performance.

For the second straight game, custodian Deep Karki, who was under constant pressure, saved Nepal’s blushes by making a handful of outstanding saves.

As a matter of fact,the score line could have been much bigger,had the home team not squandered a dime a dozen scoring chances that came their way. After creating a host of scoring opportunities, Kuwait got the breakthrough midway through the first half.

The unmarked Kuwaiti headed home a perfect cross to open the scoring. Taking advantage of the opponent's suffocating defensive performance,Kuwaiti controlled the game and relentlessly attacked the goal with relative ease. Just before the lemon break, Nepal finally had possession of the ball for a good number of minutes and even took a shot at the goal. It was the best moment for them in the first 45 minutes of play, which was dominated by Kuwait. Kuwait shifted gear and put the game beyond Nepal’s reach in the second half. They came out stronger, much more efficient offensively, controlled the pace of the match and scored quick goals. Unlike the first match against Jordan,Nepal was not overly defensive and submissive.

They opened their game in the second half in search of goals,They played aggressively and the attack line finally came alive. Kudos to Darshan Gurung for scoring the consolation goal, the first in the tournament,Earlier with the goalkeeper at his mercy skipper Nawayug Shrestha missed a sitter from a handshaking distance to level the score. Everyone agrees that the power,experience and maturity of the opposition proved too much for the young Nepali outfit at the end of the day.Also they were outplayed physically and mentally.

Unquestionably, the youngsters deserve a pat on the back for their never give up attitude and approach.Against all odds,they played their hearts out and were able to make an impression. Nepal’s big chance to prove themselves against Indonesia With two games under their belts and one to go, winless Nepal plays Indonesia on June 14th to wrap up the tournament. They get another chance to showcase their talent and take their performance to the next level. Taking into account the results and performances of the two teams to this point,Indonesia has the upperhand in the match,and are the firm favorites.

Given the situation Indonesia is in, they are focused on winning the crucial tie by a handsome margin. Expect them to play an all out attacking game from the outset. Despite going down to Jordan by a solitary goal,they still find themselves in contention for the top spot in the group.

Apparently they have to win big. Group A winners will be decided by the outcome of the Kuwait vs Jordan fixture. A win or draw takes Jordan atop the group. Should Kuwait come out trumps,goal difference will come into play and decide the group winners eventually. Having upset Kuwait in the opener, Indonesia has the repertoire of skills and makes them a difficult opponent.

Just like Nepal,the Indonesia team is young, talented and in a rebuilding stage.They have already shown they are capable of playing an organized and positive brand of football.

The Nepal vs Indonesia matchup is intriguing and interesting.The end result of the match will be largely determined by the team executing the game plan efficiently, consistently and successfully. Against the Indonesians, Nepal must take the bull by the horns and give it their best shot.

The sole goal must be to end the competition on a high note. In order to achieve this,players must focus on improving performance, have a positive mindset for success, give it all they have and play at the hardest level. It is critical to execute the game plan effectively and get the momentum going till the end.There is no denying the fact,it must improve, be it offense or midfield or defense. Besides,team cohesion needs to improve and scoring opportunities must not go begging. They have to resort to an attacking formation and not get bogged down in their own half for the most part.

Indeed, expectations are high. I will say again,the team must rise to the occasion, step up and play to their full potential. Achieving a good result is doable provided they put their act together. Kuwaiti Head Coach Abdullah Alumatiri who passed out on the sidelines during the Nepal vs Kuwait match is reported stable and will be in charge for Nepal’s match against Indonesia.

I wish the coach good health.

By Sushil Thapa,Fairfax,VA, USA. Note: The opinions expressed in this publication are those of the author. They do not purport to reflect the opinions or views of Biba Media Group. 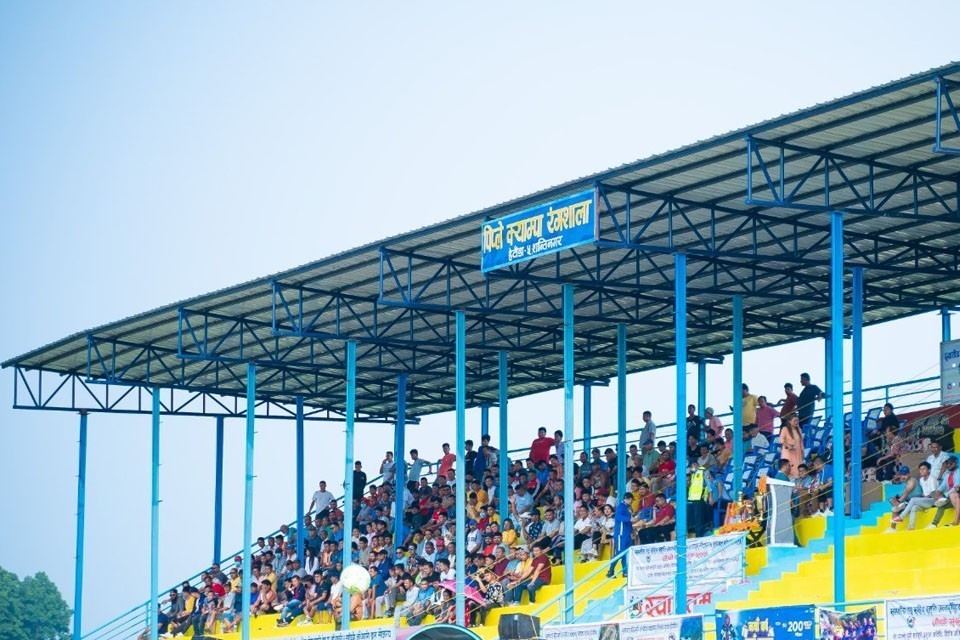