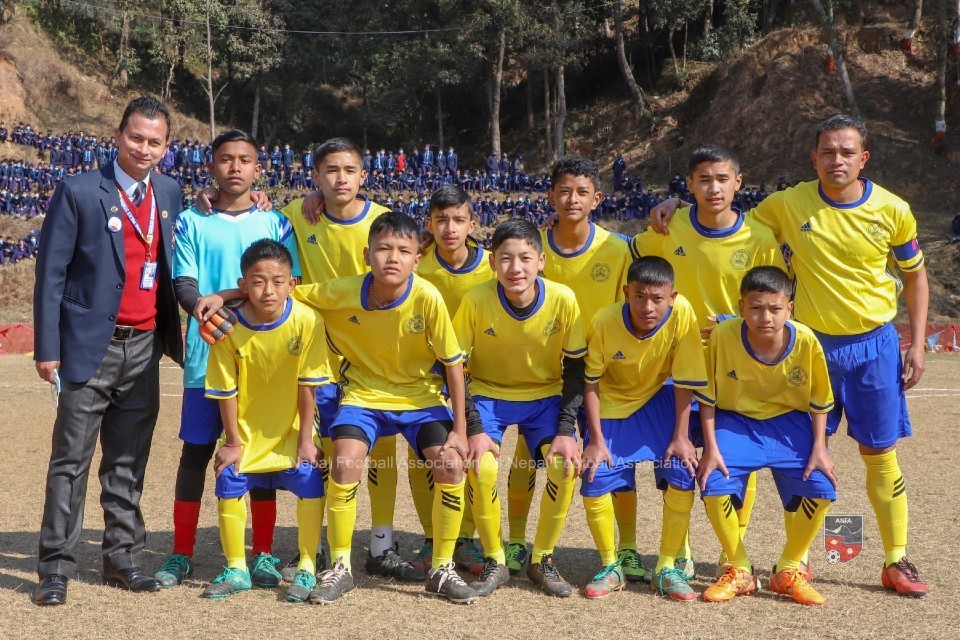 A ceremony was held today to inaugurate the Nepal Police Football Academy at the Nepal Police School in Saaga, Kavrepalanchowk. Member-Secretary of Nepal Police Sports Committee and Executive Director of National Police Training Academy, Maharajgunj, Additional Inspector General of Police Niraj Bahadur Shahi, and President of All Nepal Football Association (ANFA) Karma Chhiring Sherpa were among those who attended the opening ceremony. The players were also given sports materials by the Additional Inspector General of Police Shahi and ANFA President Sherpa.

The establishment of a football academy at the Nepal Police School, according to ANFA President Sherpa, has given Nepali football a new dimension, and he expressed confidence that the academy would play an important role in producing national-level players. He expressed his commitment to cooperate with the Nepal Police and provide financial, material, and technical support to the plan, as there is a plan to run a women's academy in the coming academic year.

On the occasion, Kavrepalanchowk Chief District Officer Humkala Pandey expressed his best wishes and discussed the role of the All Nepal Football Association in the development of football in Nepal as a whole in various age groups at school and in the local level.

On the occasion of the academy's inauguration, exhibition games were performed by academy players, as well as a dance performance by the students. District security chiefs, ANFA officials, school management committee officials, media representatives, teachers, and police officers all attended the event.