In another match, Panas played 0-0 draw against Gitanagar.

On Saturday, three matches will be played.

Chitwan DFA is organizing the league, which is sponsored by Central college. 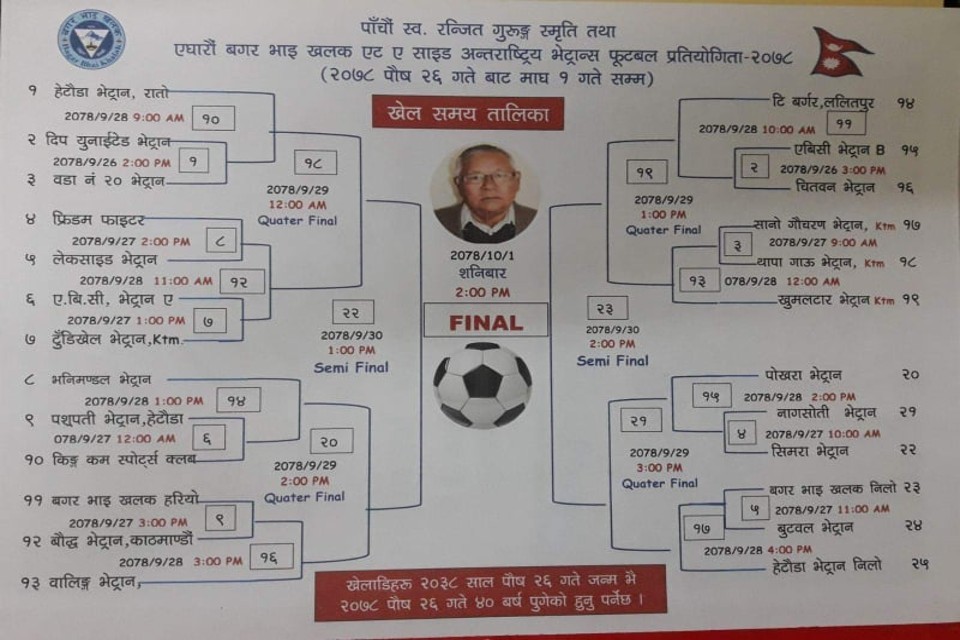