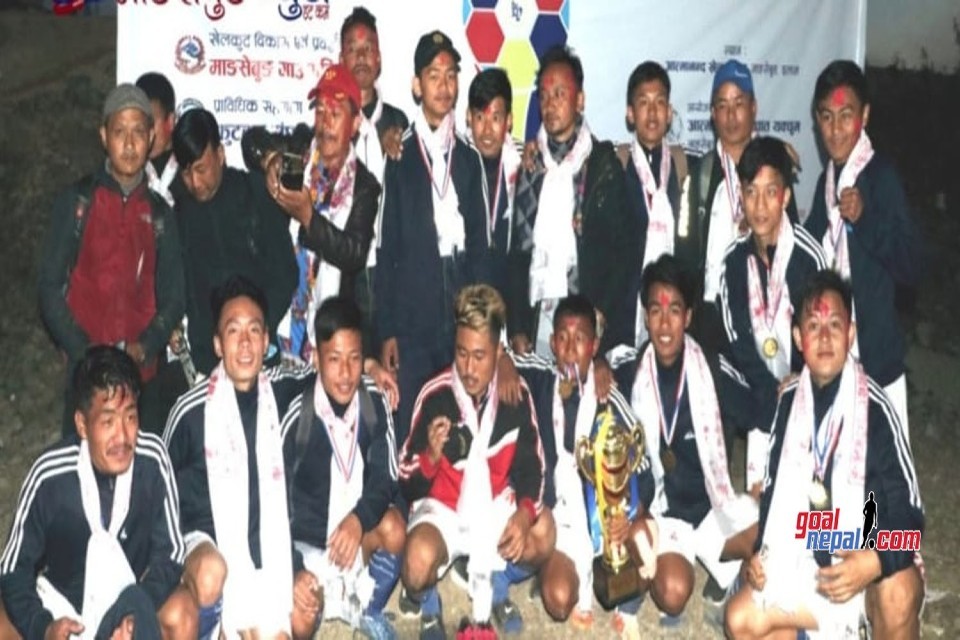 Despite losing one player in the competitive final on Friday at Atmananda Stadium, they won in sudden death against BBFC, Damak. Both teams had played a goalless draw earlier in the ninety minutes.

Mangsebung goalie Ayush Limbu was sent off for a red card during the game, but the home team held Jhapa to a goalless draw. Mangsebung was successful in the sudden death after a tiebreaker.

On the occasion of Kirant Dharmaguru Atmananda Lingden's 68th birth anniversary, Atma Pavitra Hakchat Yakchum, Mangsebung, Ilam hosted a competition in which eight teams from Nepal and India competed. In addition, the Ilam Football Association assisted with technical aspects of the competition.