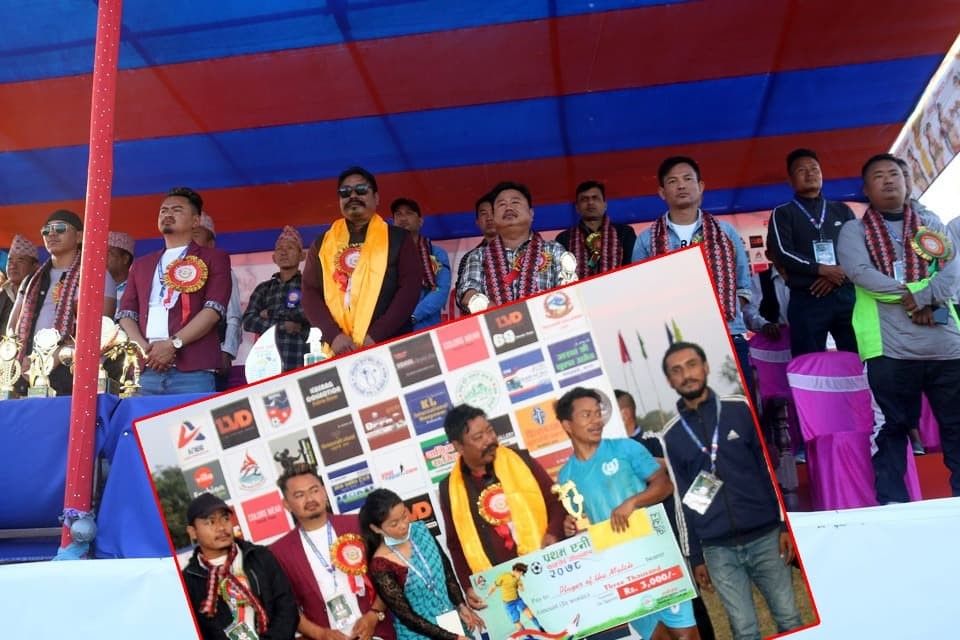 In Shivasatakshi-7, Faktep, Turkeni Youth Football Club, Kakarvitta has advanced to the semifinals of the first Ani Faktep Gold Cup 2078.

By defeating host Faktep Football Club 2-1, Kakarvitta advanced to the quarterfinals. The semi-equation has been completed with Kakarvitta's victory. In the first half, Kakarvitta took the lead. Indrajung Limbu (Sanuka) of Kankarvitta scored in the 12th minute of the first half.

Manish Limbu, on the other hand, brought Faktep back in the game after scoring in the 32nd minute of the first half. The game ended in a 1-1 draw in the first half.

To win, Kakarvitta needed to wait until the 31st minute of the second half. Vikesh Limbu scored a memorable goal off a pass from Milan Rai to put them up 2-1. He hit the net a second time from the left side, kissing it from a zero-angle angle.

He was named the player of the match and received Rs 3,000 in cash. Navin Ijam, Ward Chairman of Shivasatakshi 7, handed him the reward.

On Wednesday, the first semi-final match will take place. Pathari Sporting Club Morang and Dharan City FC Sunsari will compete for the title.

The competition's final match will take place on November 30. Previous 6th Bhimdal Rai Memorial Hatuwagadhi Gold Cup 2078 From December 16
Next Itahari Running Cup: Ward No. 2 and 16 In The Quarterfinals 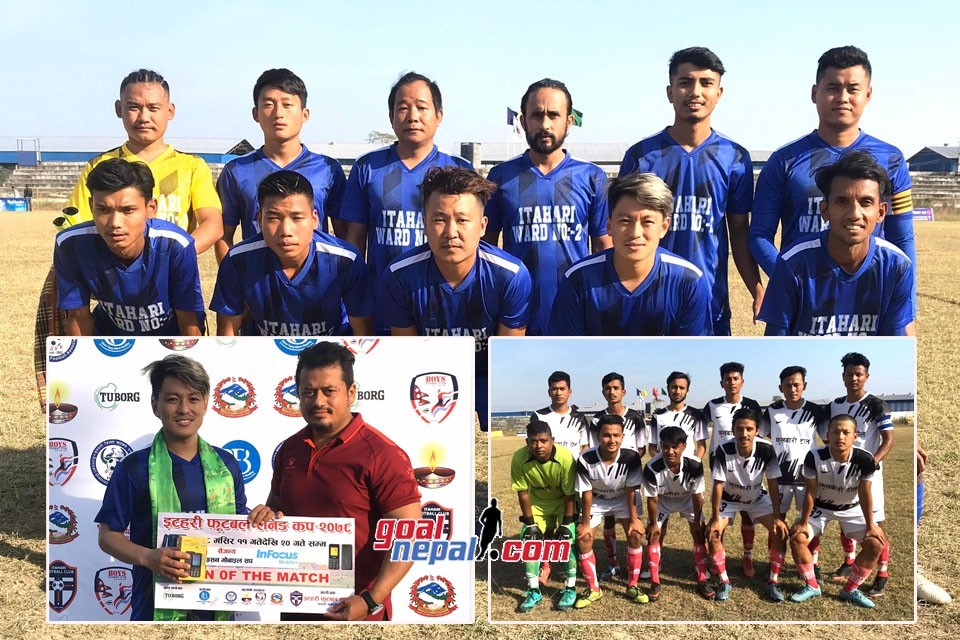