News Half Time Report: Nepal Must Pick Up The Pace 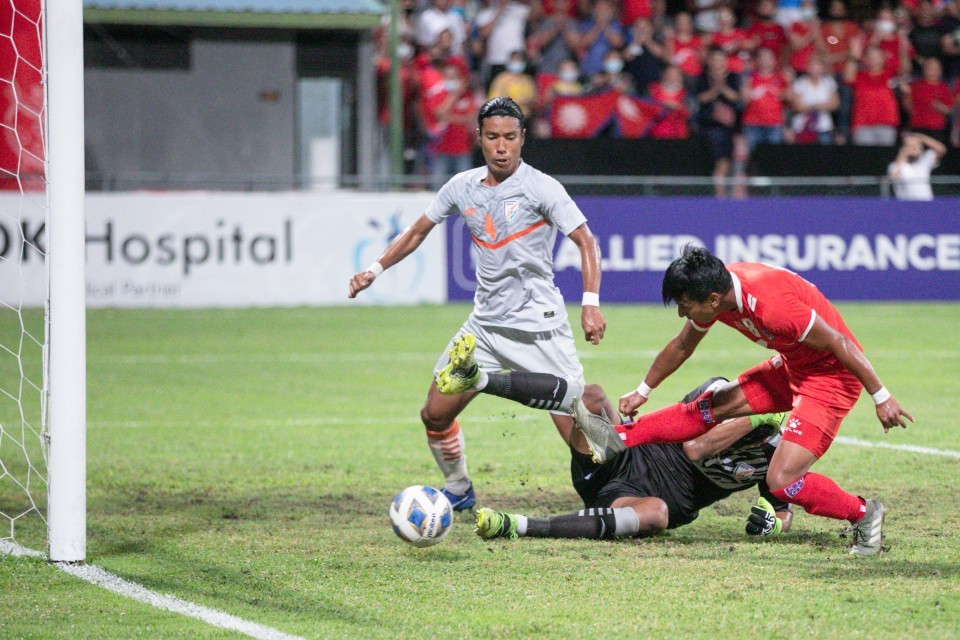 Nepal is playing India in the SAFF Championship final, and it's fair to say that they're taking a completely different approach than they did earlier in the tournament. Nepal is attacking in numbers, pressing harder, and forcing India to work from behind. In the match where both coaches are banned from the sidelines after their suspensions, the half-time score remains 0-0.

Nepal had a scare in the fourth minute of the game when Kiran Limbu was unable to catch a Manvir Singh shot from outside the box. Kiran then narrowly blocked the rebound. He must have felt relieved after making that mistake.

In the 17th minute of the game, Rohit Chand received a cross after Rahul Bheke slipped, which he controlled, and then slipped himself, unable to shoot on goal from the six-yard line. That was a huge opportunity for Nepal.

The pitch condition is hindering both teams' buildups and ball carries. India have been the better of the two teams, but have only had one clear-cut chance, which came in the fourth minute. They've gotten behind Nepal's defense at times, but haven't troubled Kiran.

Overall, in the first half, India have had more time on the ball. Nepal must pick up the pace if they are to pose a threat to India's defense in the second half. The game is still hanging by a thread and still, a lot of football remains to be played.