Influential player in team Nepal, Anjan Bista will miss the final match due to suspension.

Bista received yellow card against Bangladesh on Wednesday night, which was his second card in two matches.

Nepal is playing against India in the final match on October 16, 2021 at national stadium of Male.

Nepal have never won the title whereas India are the successful team with seven titles. 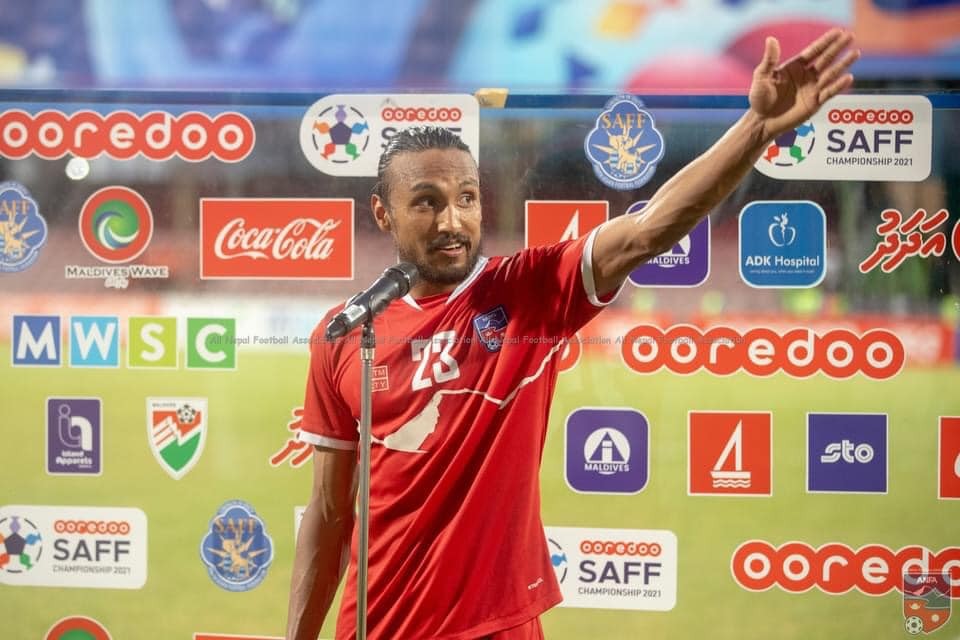