Nepal created history in the Maldives by reaching the final of the 13th SAFF Championship by getting a point in an intense tie against Bangladesh today afternoon.

Nepal will now await the result of the match later on between India and the hosts; the Maldives to know who they’ll play for the title on Saturday.

In a match where they needed to draw to qualify for the final, Nepal made it difficult for themselves when they conceded early on through Suman Reza’s header from a set-piece situation in the 8th minute of the match. Bangladesh, who needed a win only to advance to the final themselves, had a few more chances to double the advantages but couldn’t
capitalize any of them.

Nepal on the other hand didn’t look too convincing with their gameplay and had a few moments of their own but couldn’t scare the Bangladesh backline much in the first half. The second half was different. Nepal got on the ball a bit more than in the first half and had a few chances that fell to Aayush Ghalan who, twice wasn’t able to convert two headers courtesy
of spider-like reflexes from Bangladeshi goalkeeper Zico.

Bangladesh were keeping Nepal at bay until the 79th minute of the game when the goalkeeper Zico got sent off for handling the ball way outside the box. Nepal then got awarded a late penalty in the 87th minute of the game when Anjan Bista was pushed in the box who then took the responsibility of taking the pen. He calmly put the ball on the back of the net and got Nepal the point they needed to go through to their first-ever SAFF Championship final.

Coach Abdullah Almutairi looked elated with the goal as he delivers the promise of taking Nepal to the final for the first time. Now, the attention turns to the next game to be played between India and Maldives and to the one on Saturday where Nepal will take the field in quest of their first regional scalp. 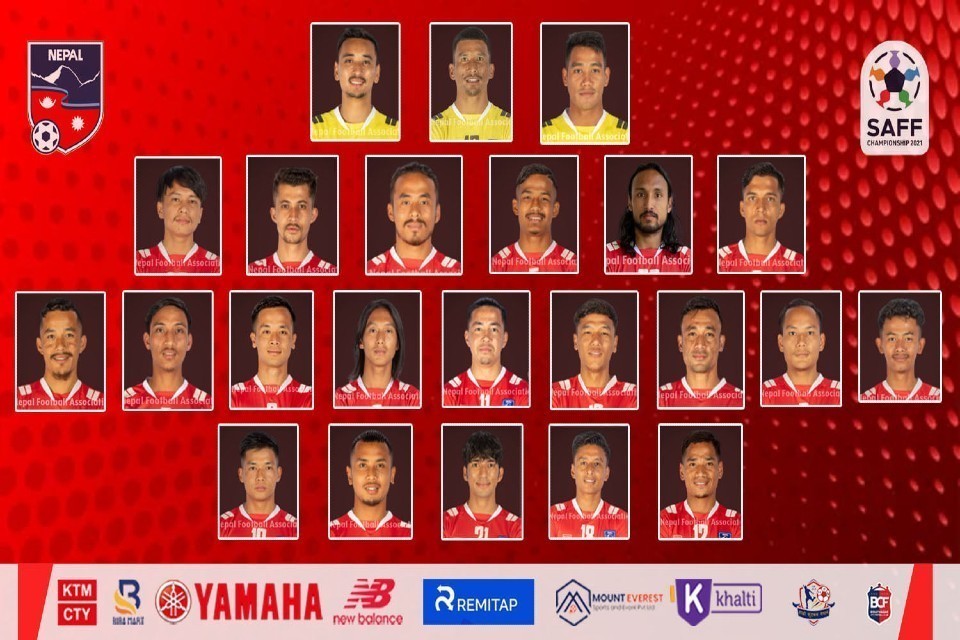 Previous Half-time report: Nepal Have A Mountain To Climb For SAFF Final
Next Nepal Coach Abdullah Almutairi Says He Is Resigning From The Post After Final Match