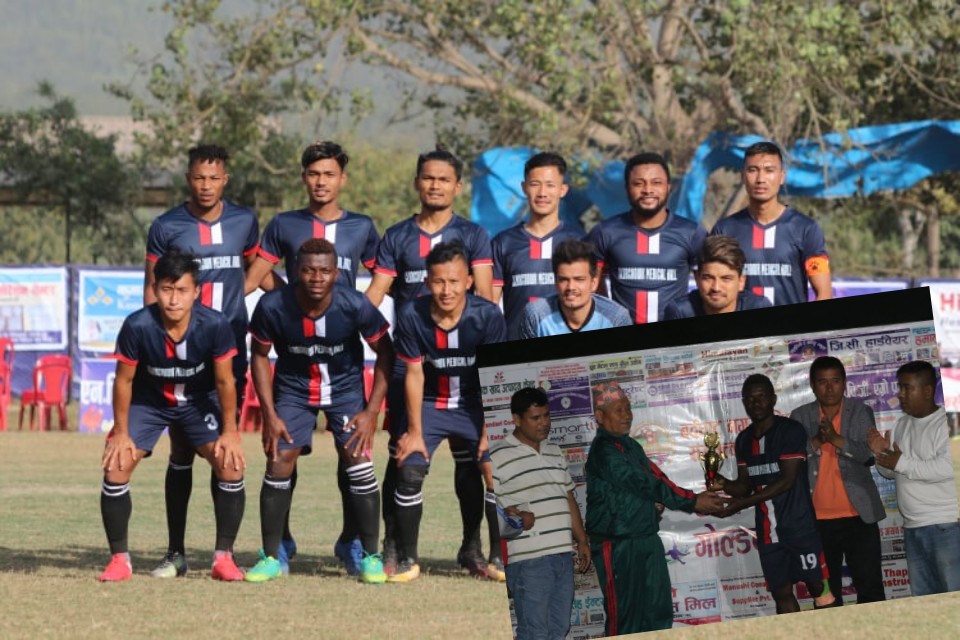 Glory scored a brace while Rupak Lama scored another for the winners. Two goal hero Glory became the player of the match and received a trophy and NRs 2500 cash.

The match was disrupted for 23 minutes in the first half as Nepalgunj protested against the referee's decision.

On Tuesday, Central College Bharatpur FC will play against Khanal Brothers in the first semifinal match.

Nawa yuwa club, Suryanagar is organizing the championship, which has a winning purse of NRs 5 lakh. 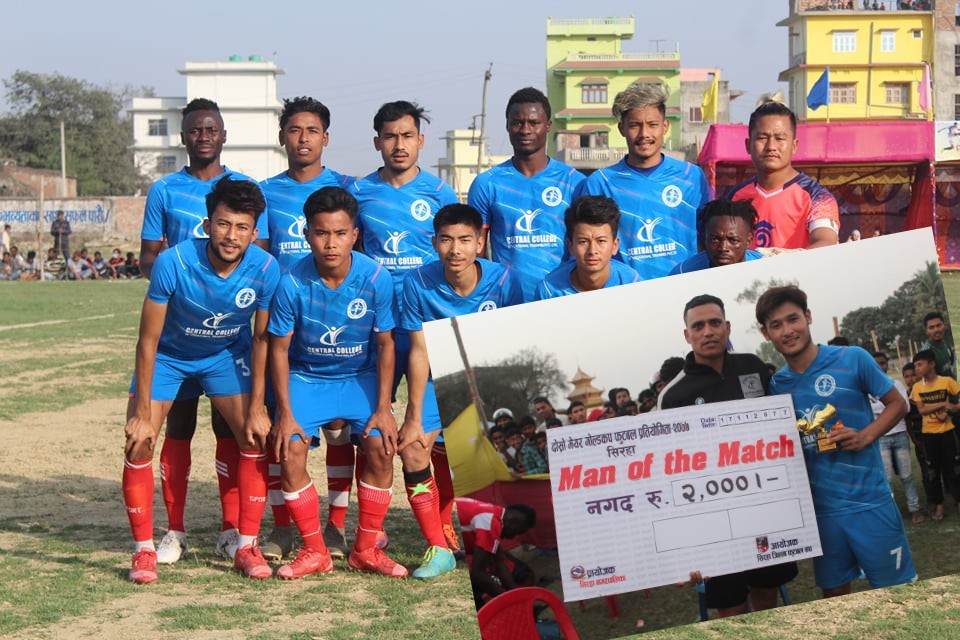