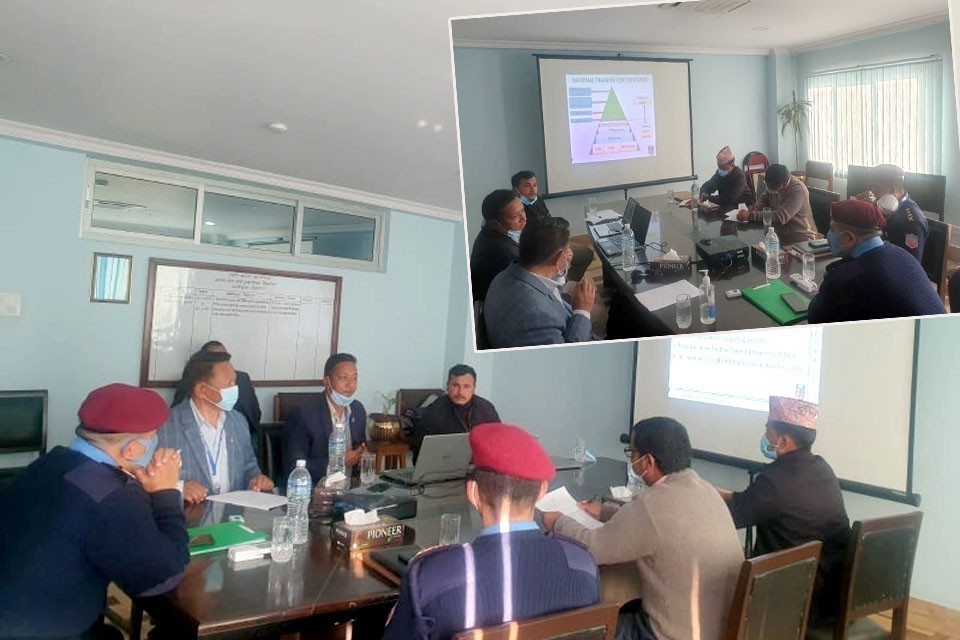 ANFA delegation led by president Karma Tsering Sherpa met with the NPC officials led by AIG Niraj Bahadur Shahi on Monday in Kathmandu to discuss about setting up a departmental football academy.

Not a single A Division club has its own football academy.