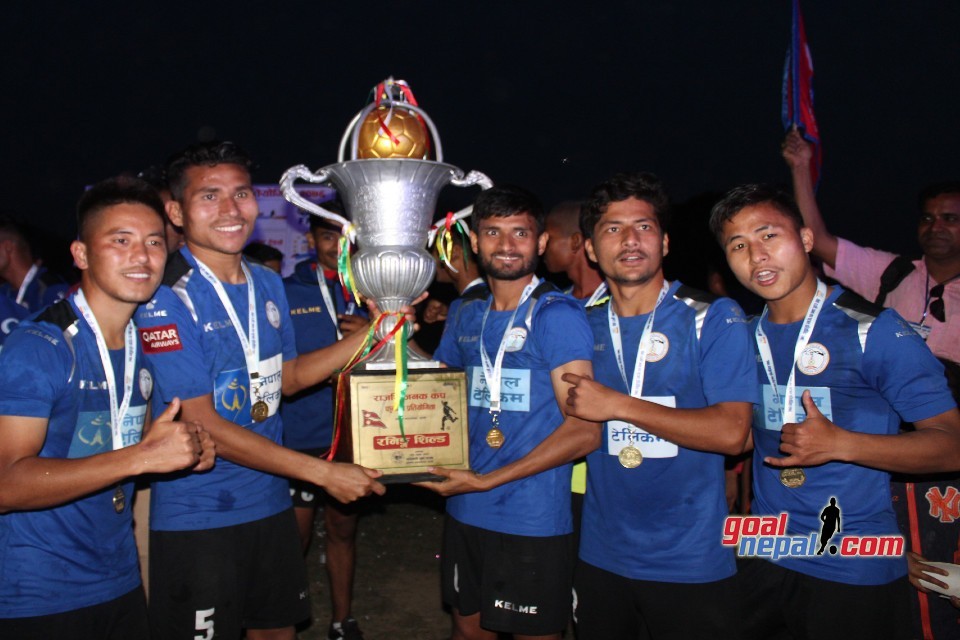 Amir Lama scored one for KFC in 19th minute.

Both teams tried to change the score line in the second half but they failed to do so.

The champions received Nrs 10 lakh and runners up team got Nrs 5 lakh. Sobroto Soren from KFC became the man of the match and received Nrs 10,000 cash.