Dejected Nepali fans had to live with yet another setback, following the national football team of  Nepal’s defeat at the hands of Kuwait in Thimphu, Bhutan in the 2022 World Cup Qualifiers.

Nepal’s home match against Kuwait was moved to Bhutan after the Asian Football  Confederation declared Dasharath Rangasala unfit for the fixture.  This confirms the fact that sports has never been a priority for the government, thereby  our athletes have been failing miserably not just in football but in sports as a whole.

Long as the government keeps turning a blind eye to sports, athletes misery and failure will persist.  Back to the World Cup Qualifiers, unlike the first clash against Kuwait, Nepal came up with a vastly improved performance despite going down by a solitary goal. At least they gave the superior opponent a run for their money and succeeded in preventing  them from scoring goals galore.  It might surprise you that Team Nepal went into the match with a slight advantage over Kuwait  in terms of playing at high altitude.

However, they were unable to make the most of it. They did show teeth in their attack,the missing element against the big three in previous matches. Also they created a host of clear  scoring chances but only to waste.  At the end of the day, the better team won the game.To be fair, overall Nepal’s performance was inspiring and encouraging, nevertheless. With three home matches left for Team Nepal to play and wrap up the qualifiers, their only big  chance to be back on the winning column is against Chinese Taipei, whom they beat in the away match. Before Nepal concludes their qualifiers campaign, they compete in the South Asian Games at home in the first week of December.

Finally frustrated fans will get the chance to watch their team play at home. The qualifiers has provided the team with good preparation for the upcoming regional tourney. Prior to Kuwait clash, the team was jolted, following suspension of four key players on disciplinary grounds.

All Nepal Football Association(ANFA) decision to exclude four players from the national squad bound for Bhutan was very unfortunate but appropriate and a must.  Those violating code of conduct must be dealt with firmly, promptly,fairly,consistently and professionally.

It must be applied to all players, officials, coaches and referees, and it should  never be compromised period. There has to be zero tolerance policy when it comes to discipline  matters.  A similar code of conduct was violated by some players prior to the last Asian Games held in  Korea, however, ANFA failed to take disciplinary action against them and made a laughing stock  of themselves.  Players are solely responsible and duty bound to maintain discipline, which is paramount.Anyone guilty of violating must be legally punished in order to maintain discipline  within the squad. Hopefully, players clearly understand the importance of discipline and not risk their career by overlooking it.

The coaching staff ought to address discipline issues and see that it does not affect the overall performance of the team.The head coach must give his players a pep talk and help enforce discipline in them. Understandably,discipline is one of the keys to the team's overall success.

It is indispensable  that players maintain discipline on and off the field. With the South Asian Games around the corner, team discipline will be crucial to the overall success of the team. 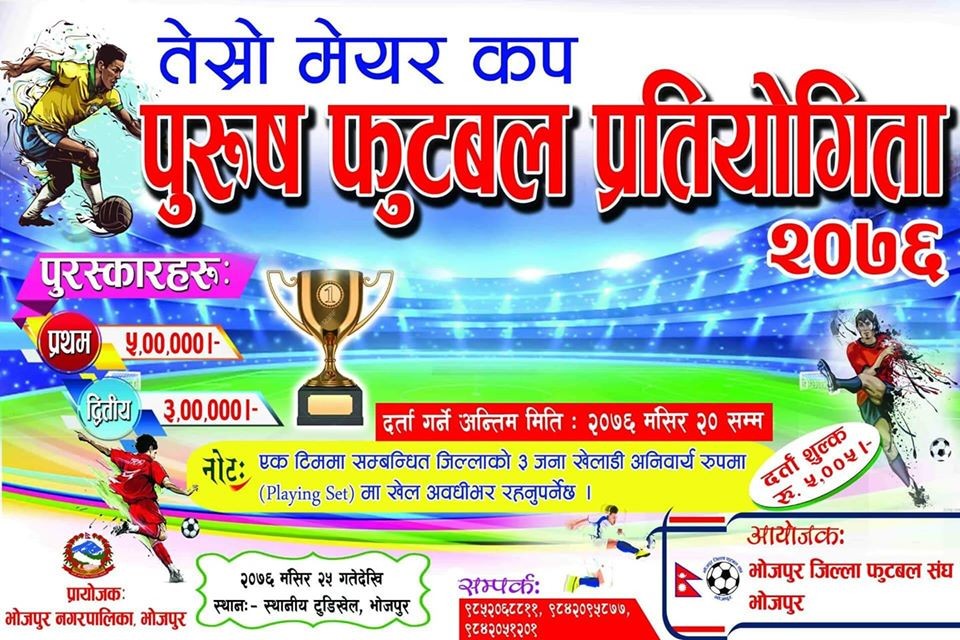