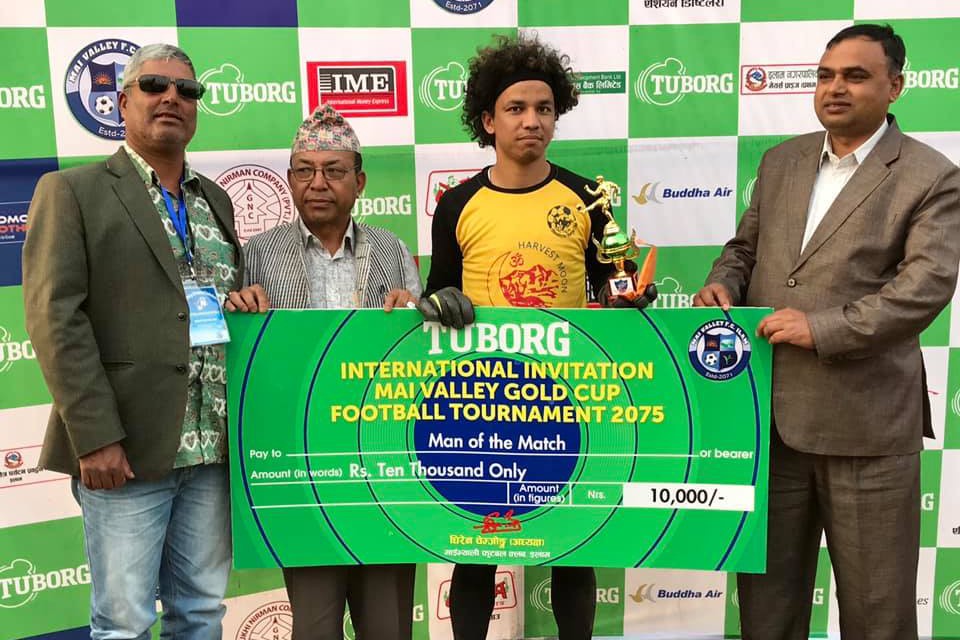 Goalie Kishor Giri became the man of the match and received Nrs 10,000 cash.

The final match will be played on Tuesday.