Expectant home fans packed the Dashrath Rangasala hoping to see Nepal make history against Bangladesh in the final of the South Asian Football Federation Women’s Championship in Kathmandu. Unfortunately, it was an evening of broken dreams, heartbreak and dejection for the partisan crowd and Team Nepal after a crushing 1-3 defeat at the hands of Bangladesh.They had a chance, and they let it go away. So near, yet so far.

Following a historic victory over hot favorites India in the semifinal, Nepal’s odds of winning the championship took a massive leap. However, it was crucial that they translate high expectations into success, which did not happen.

Instead, they struggled quite a bit and came up well short of a winning performance.Also they failed to take home-field advantage. They struggled to control the tempo of the game throughout the match. While the offense lacked purpose, penetration and clinical finish, the midfielders disappointed largely.

It is no exaggeration to say that defensive woes doomed Nepal to defeat. They were guilty of unforced errors and caught on the wrong foot, time and time again. Certainly, the missed opportunity proved costly for Nepal. They had to settle for the second position for the fifth straight final. As a result, the most sought-after silverware continues to elude them with no end in sight for championship droughts. The team has no choice but to live with the agony, frustration and disappointment of defeat till the next edition.

Winning performance comes down to combining talent, good preparation and hard work. Everyone agrees that there is no dearth of extremely hardworking and committed talents. Clearly,the team lacked timely and organized preparation during the tournament run-up.  It’s a shameful act of negligence and irresponsibility on the part of the All Nepal Football Association (ANFA). Undoubtedly, with proper planning and preparation, the end result would have been different,

At the very least, Team Nepal deserve a pat on the back for their efforts in the final. Despite the pitiful and painful state of women's football in the country, their unwavering passion for football drives them to continue playing competitively. They deserve better treatment and recognition. Women's football has been neglected and ignored for far too long and is in obscurity.

This has got to stop and the football body must be committed to working towards the growth and development of women’s football. Otherwise, nothing will change. And footballers will continue to suffer.

Kudos to Bangladesh for pulling off the historical victory and crowning themselves as the new South Asian champions. They were hugely deserving winners and the better side in the final. Their sheer determination, positive attitude, commitment, aggression and fighting spirit made a big difference. Furthermore, solid goalkeeping and defensive work, coupled with effective counterattacks, good finish and making the most of scoring opportunities, significantly contributed to their success.

Interestingly, after convincingly outplaying defending champions India 3-0 in the group match, their status of pretenders changed to contenders. From there on, their confidence level soared. As the realization dawned on them that they stood a good chance of winning the championship, they upped the ante against opponents.

More importantly, defying all odds, they confidently and determinedly rode on their momentum all the way to the final and beat Nepal eventually. The success has transformed Bangladesh into a regional powerhouse at the cost of India and Nepal. It is, by any standards, a remarkable achievement.

The poor playing field conditions in Dasarath Rangasala raised eyebrows. It increased the risk of players being injured and impacted performance. The organizer should have done a much better job. The underperformance of undefeated India was the biggest shocker of the tournament. Nobody saw this coming. They played poorly by their standards and lost to Bangladesh and Nepal.

The other four- Bhutan, Pakistan, Maldives and Sri Lanka- have plenty of catching up on performance and improvement. On the whole, women's football in south Asia is badly lagging behind and has a long way to go to catch up to the rest of the world. 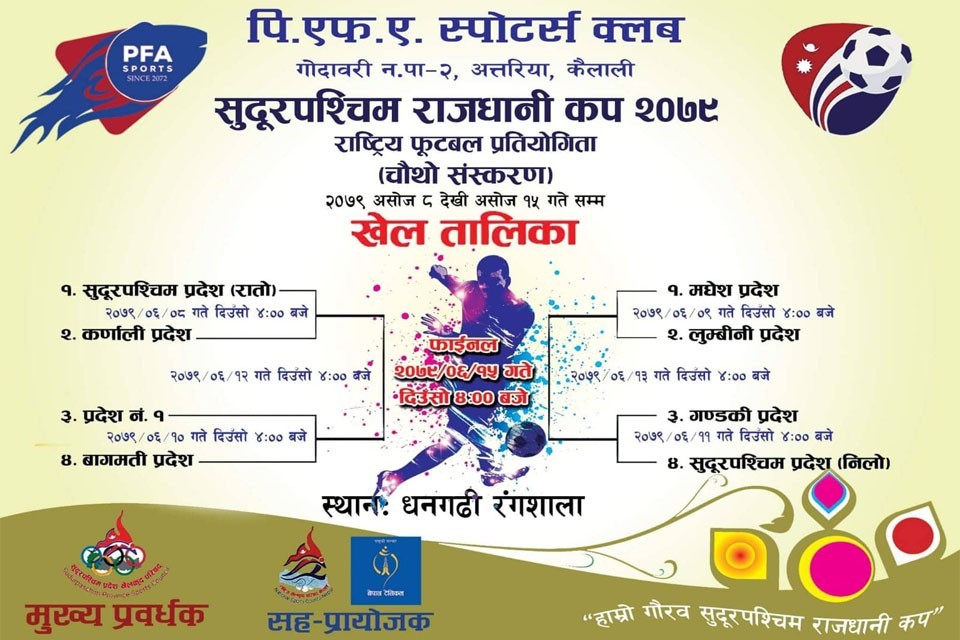